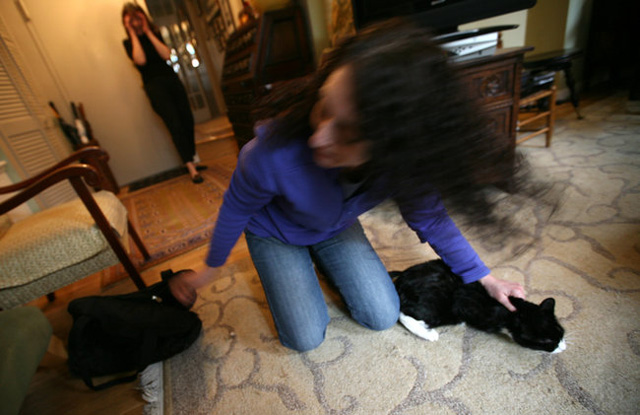 The New York Times recently featured Jordana Serebrenik, a former lawyer who now wrangles intrepid cats for a living. Catch Your Cat, Etc. is her New York City-based business where clients pay her to capture their reluctant kitties whether it be to get them to the vet or some other reason. Serebrenik learned that she had a talent for catching cats while volunteering at an animal rescue organization. Filmmaker Elaisha Stokes tells more of the story in The Cat Whisperer: The Art of Cat Wrangling, a short film about Serebrenik for The New York Times.

Can’t get your cat into the carrier? Have you cancelled vet appts? Worried about moving day? As an animal rescuer, I have met many cats and have learned how to catch even the most difficult indoor kitty. I use a kind and compassionate approach, but I CAN CATCH YOUR CAT. 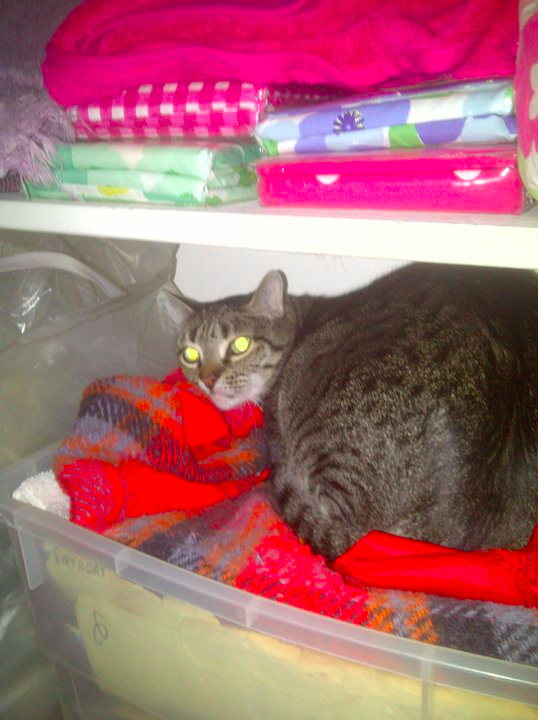 He would have been wise to stay where he was as it was a pretty tough spot but his instinct was to run away so next he tucked himself into a nearby linen closet. Totally exposed and now in a position where I could get him. Poor guy – GOTCHA.

photo #1 by Librado Romero for The New York Times, photo #2 by Jordana Serebrenik