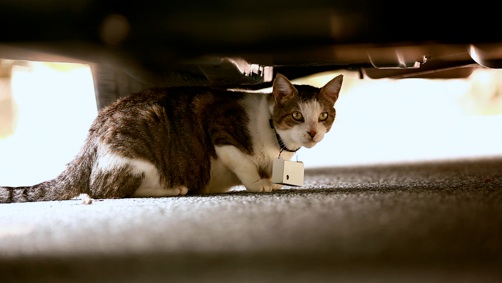 Filmmaker Seth Keal directed CatCam the Movie, a short documentary film about the adventures of a tomcat named Mr. Lee. His human companion, German-American engineer Jürgen Perthold, created the lightweight CatCam for Mr. Lee to wear as a way to learn more about his activities away from home. The film premiered at the 2012 SxSW Film Festival on March 12, 2012 and won the Short Film Jury Award for Best Short Documentary. Still and video CatCams are available to purchase from Perthold.

Mr. Lee, an adopted stray cat, routinely disappeared from his South Carolina home for days on end. Intrigued by Mr. Lee’s whereabouts, his owner Juergen, a German engineer, created a camera designed to fit around the feline’s neck. Engineered to capture continuous photographs, Juergen hoped to discover the mysterious life of his cat. After many unsuccessful attempts, Mr. Lee returned with the camera in tact and photographic evidence of his travels. Intrigued by his findings, Juergen published the photographs on the internet, unaware that his small invention would send shockwaves around the world and alter his life forever. 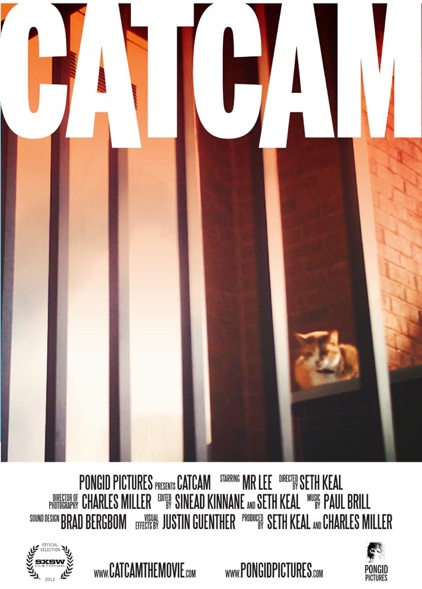