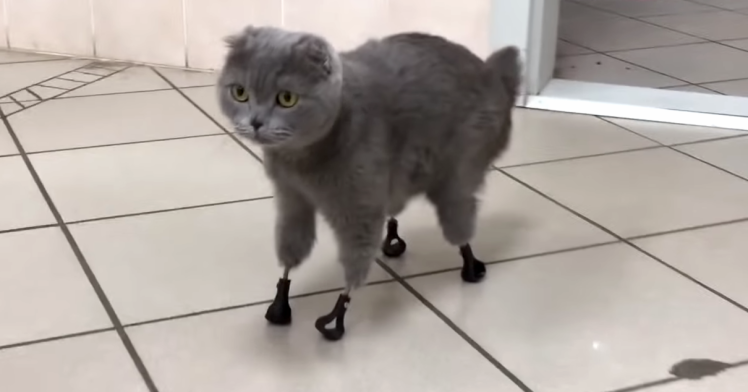 A little stray gray kitten, now named Dymka, who was rescued in Novosibirsk, Siberia was completely frostbitten and brought to the local veterinarian for medical care. The doctor took a look at the frostbitten cat and knew he had to amputate all four of her legs, her tail, and even her ears.

Normally, such cats are put out of their misery, but Dr. Sergei Gorshkov had other plans for Dymka. He worked with engineers and scientists to provide the little gray feline with 3D printed titanium legs that would allow her to walk again.

(translated) A kitten named “Dymka” was admitted to the clinic due to a cold injury (frostbite) of 4 limbs, ears, and tail. Performed: computed tomography of the chest and pelvic limbs, development and 3D printing of implantable individual transdermal osteointegrated titanium prostheses SerGoFIX type 3.

After a bit of recovery, Dymka tried out her new feet. Despite a wobbly start, Dymka was excited about her new lease on life and became the mischievous, playful and curious kitten she was truly meant to be. 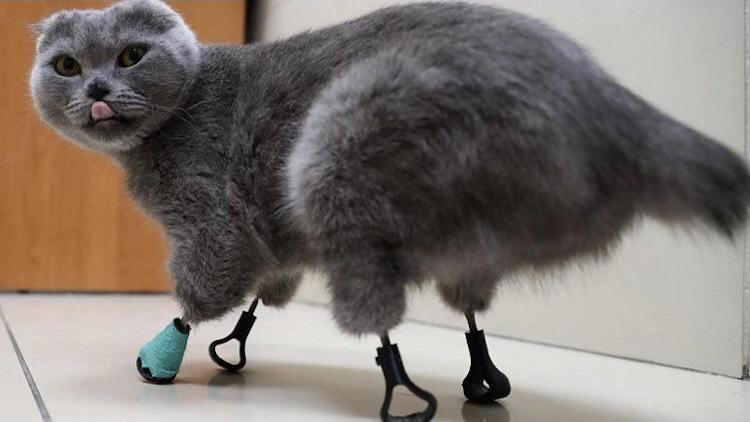