A really compassionate and intuitive cat named Paddy regularly shows up at funerals to comfort the grieving mourners. No one really knows how Paddy knows when these events occur, but his furry presence really helps those who need it at the time they need it most.

Staff at the Co-operative Funeral Care home insist the eight-year-old mourning moggy has a ‘sixth sense’ for knowing exactly the right time to turn up, attending more than 100 funerals to date – but his shocked owners only found out about his double life three years ago when they thought he had gone missing and put up local flyers to find him.

The funeral home Funeralcare even put out a press release about Paddy announcing his title of Paddy, Chief Moggy Mourner.

Based in the Wirral, in Merseyside, Paddy is a regular visitor at Co-op Funeralcare’s Mayfields Woodland Burial Site. And when there’s a funeral taking place, he’s not just a spectator, but is there to take part. He often seats himself on the front row, or even leads the coffin down the aisle. He’s also been known to sit beside people in the burial grounds offering comfort and affection to those around. 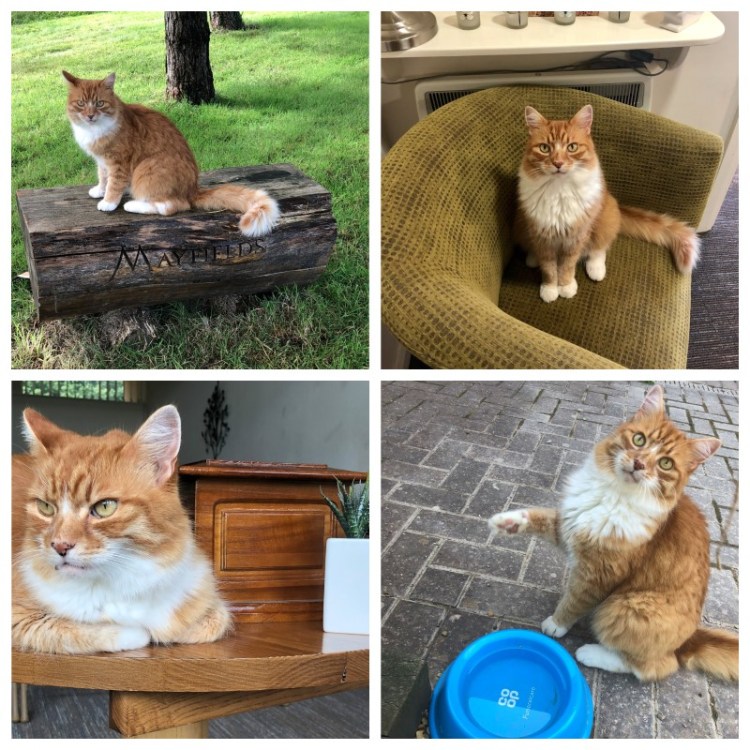