Animator, voice actor and Ren & Stimpy creator John Kricfalusi is on a mission to bring the original Ren & Stimpy character George Liquor back to life in the cartoon Cans Without Labels and needs your help to get it done. A fundraising campaign has been started on Kickstarter to help pay for the cartoon’s production costs. There is also a great collection of backer rewards that contributors can acquire for helping John Kricfalusi reach his goal.

Hi cartoon fans! I’m John Kricfalusi (creator of Ren and Stimpy). I have a new cartoon I need your help in producing. It stars one of the original Ren and Stimpy characters, Mr. George Liquor, AMERICAN! You loved him in Dog Show and Man’s Best Friend. Now bring him to life in CANS WITHOUT LABELS!

George is an old school, manly, Republican sort of guy. He thinks today’s Republicans are wimps. He’s leathery on the outside but all mush in the center, at least with his dear ones. He believes in “tough love” and lives his life according to the rules. “It’s Discipline that begets love!”

HOW DID I COME UP WITH THIS PREPOSTEROUS STORY?

IT REALLY HAPPENED – THAT’S HOW! George is largely inspired by my own manly Dad.

Dad believes in the old values: hard work, rules and most important of all – SAVING A BUCK! Wasting money is a sin against Almighty Bejeezus. Hang on to every last penny and put it away for a rainy day, or face the consequences!

Like my Dad, George craves a bargain. He’ll not pay sticker price for anything. He ONLY buys stuff on sale and refuses to buy any brand name products.

Brand Names are a Commie Scam! 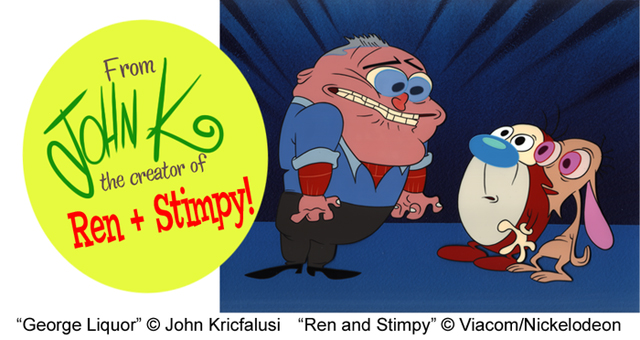 Here is a video showing what backers get for the Cans Without Labels Rewards! 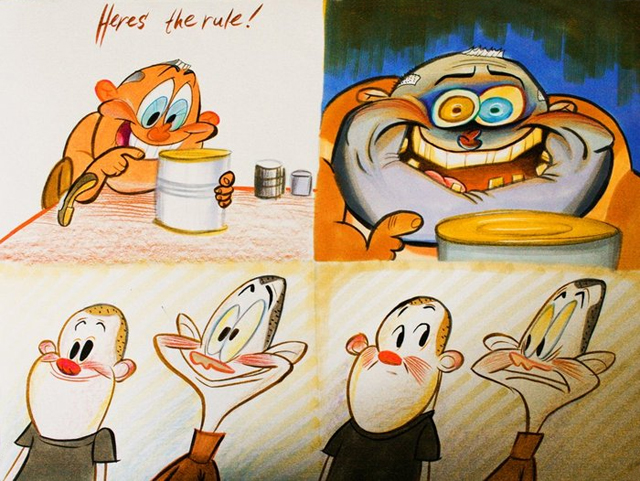