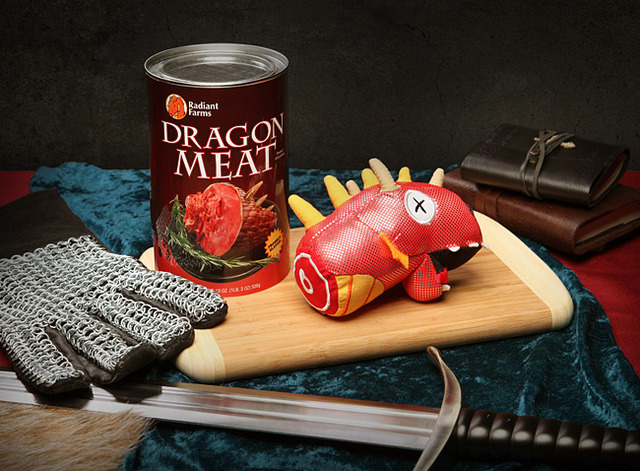 Fans of Radiant Farms’ Unicorn Meat are probably looking at this product and thinking, “Wait a minute, ThinkGeek! Isn’t Radiant Farms in Ireland and don’t the nuns believe in nonviolence and wait until the unicorns die of natural causes before processing them?” To that, we say two things: 1) You are a little obsessed with us. and 2) You are right..

But you’re also wrong. You see, Unicorns and Dragons require vastly different resources for their care. Also, if they lived next to each other, the Dragons would just eat the unicorns anyways, and there’d be none left for people to eat. FURTHERMORE, the nuns at Radiant Farms lead a tortured life. Think about it: they start out all-loving and kind and raising Unicorns and letting them die of old age. But year after year of watching such beauty die weighs on their souls. They become evil and cruel and despondent and angry and bitter. It’s then that they’re relocated to the Dragon Rendering plants of Scotland and . . . well, you know the rest. 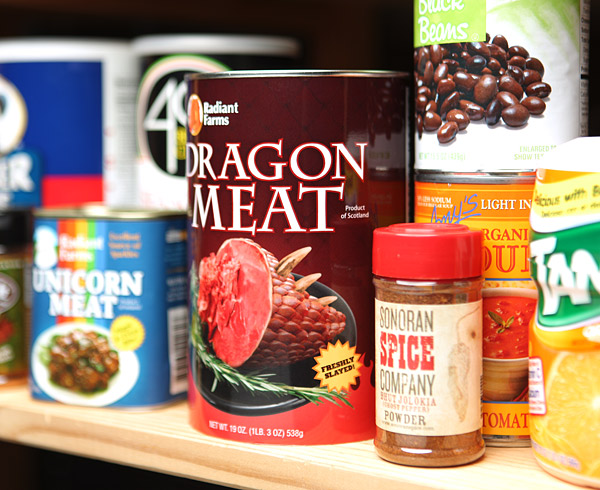 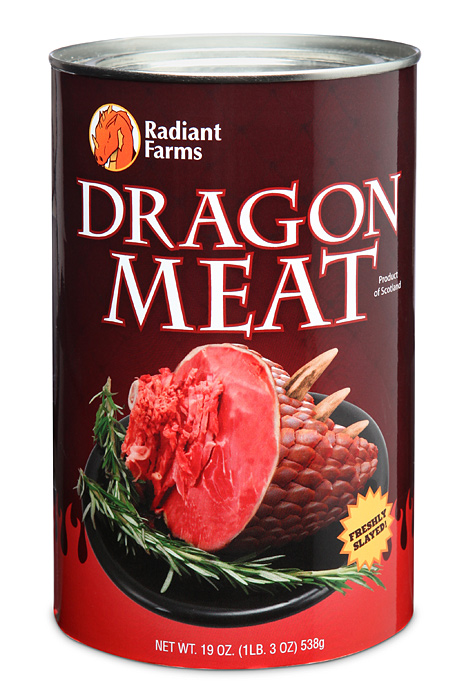