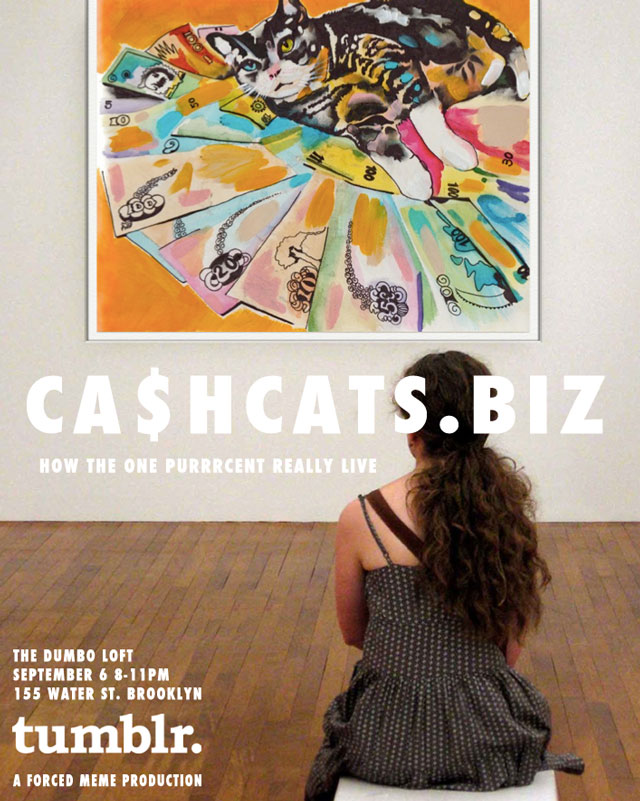 Ca$hcats.biz: How the One Purrrcent Really Live is a crowdsourced pop-up art show and “partie” themed around cats and money (based on the blog, Ca$hcats.biz) presented by Tumblr and Forced Meme Productions. It will feature “dozens of previously unseen ‘member photos’ from Ca$hcats.biz and new mixed media works inspired by C$C$ aristocats.” Artists will sell their work via silent auction with a small portion of the proceeds being donated to a Brooklyn-based pet shelter. This one-night-only show happens September 6, 2012 at Brooklyn’s Dumbo Loft from 8 PM to 11 PM and RSVPs are being taken now. Artists are invited to create and submit art for the show until August 24, 2012 (call for entries).

Since the internet is overcrowded with cats, what would a virtual VIP room for the one purrrcent look like? Surely it would be exclusive – minimalist design with clean white lines – and have a sought-after “.biz” url. Only the wealthiest entrepurrrneurs from around the world would gain access; free to lounge smugly in silence amongst their colleagues and currency without an owner in sight…

This place is called Cashcats.biz. And for one unfurrgettable night (sorry), the premier destination for high-net worth felines will open its doors to cat/money lovers and art patrons alike. 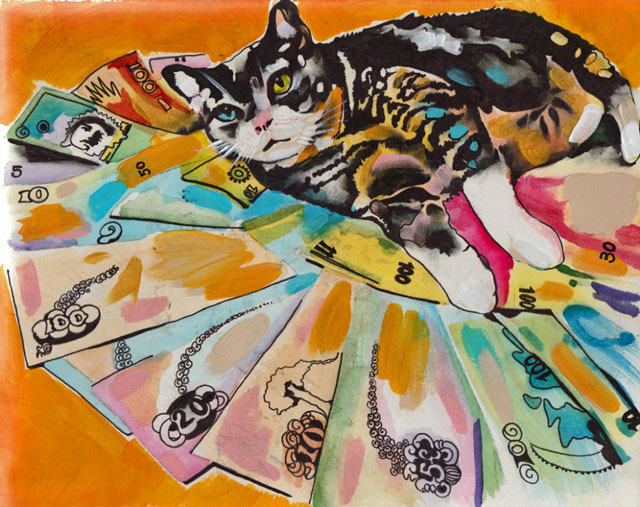