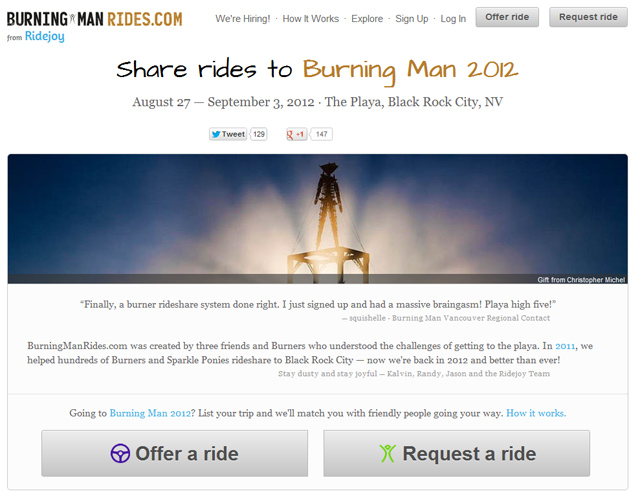 San Francisco start-up Ridejoy is a “community-driven marketplace for sharing rides” which was founded as a rideshare site for Burning Man 2011 participants. Since then, they have launched the Ridejoy website which has been helping people find rideshares along the West coast. They have just announced they are relaunching BurningManRides.com to help people connect for rides to and from Burning Man 2012. According to TechCrunch, they now offer optional background checks and digital identification verification for driver’s licenses and passports. Ridejoy co-founder Kalvin Wang is quoted as saying, “Safety is the biggest concern people have about ridesharing and collaborative consumption in general, and seeing that someone’s ID is on file and matched with the other info we have is a huge reassurance…”