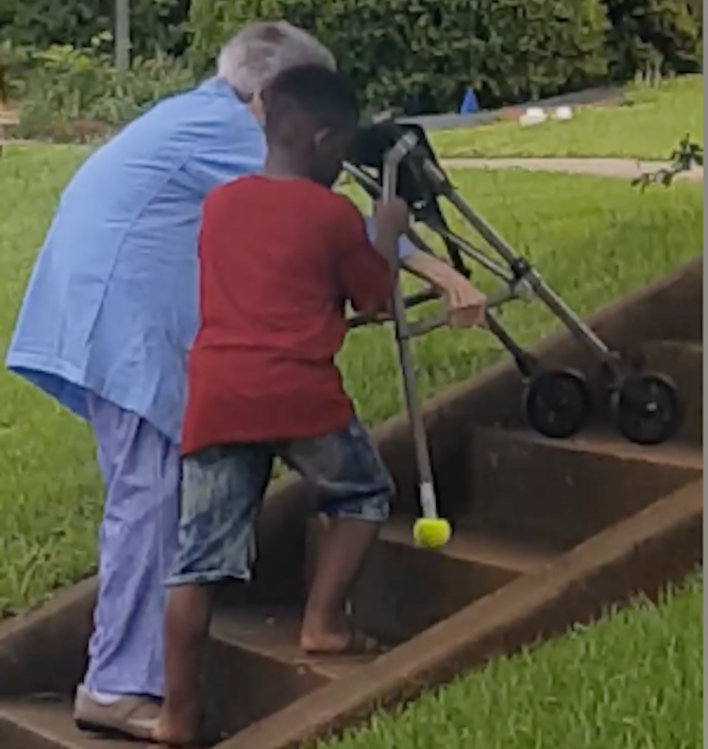 “She was struggling so I decided to help her”

When a wonderfully thoughtful eight year boy in Milledgeville, Georgia named Maurice Adams Jr. saw from the car window that an elderly woman with a walker was struggling to climb the concrete steps into a local park, he asked his mom if he could help her. Maurice got out of the car and quite respectfully helped guide the woman safely up the stairs. Maurice gave the woman a hug and skipped back to the car. Unbeknownst to anyone, a man named Riley Duncan caught the entire act of kindness on video and shared it with his local community group. Duncan told CBS News that he was able to make contact with Maurice’s mom, Contricia Hill to share the video with her and to reward Maurice for a job well done.

After the video spread, someone helped Duncan connect with Hill on Facebook. Duncan says the two began chatting and Hill told him all about her son. He made plans to meet up with her and Maurice on Wednesday. Duncan told CBS News he wants to reward the 8-year-old for his selfless good deed and is going to give him $100 when they meet

Afterwards, Maurice adorably answered questions about why he wanted to help for the local television station WGXA