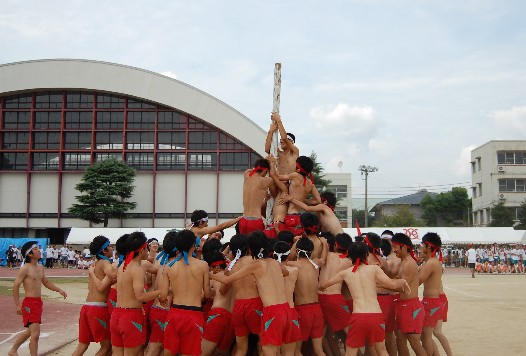 Boutaoshi (video) is a mysterious Japanese sport reminiscent of both the childhood game of King of the Hill and an out of control soccer riot. The rules are unclear but seem to involve an offensive team trying to knock the defensive team’s captain off a tall wooden pole. During the course of the short match there’s plenty of kicking, punching, and destruction of team uniforms.