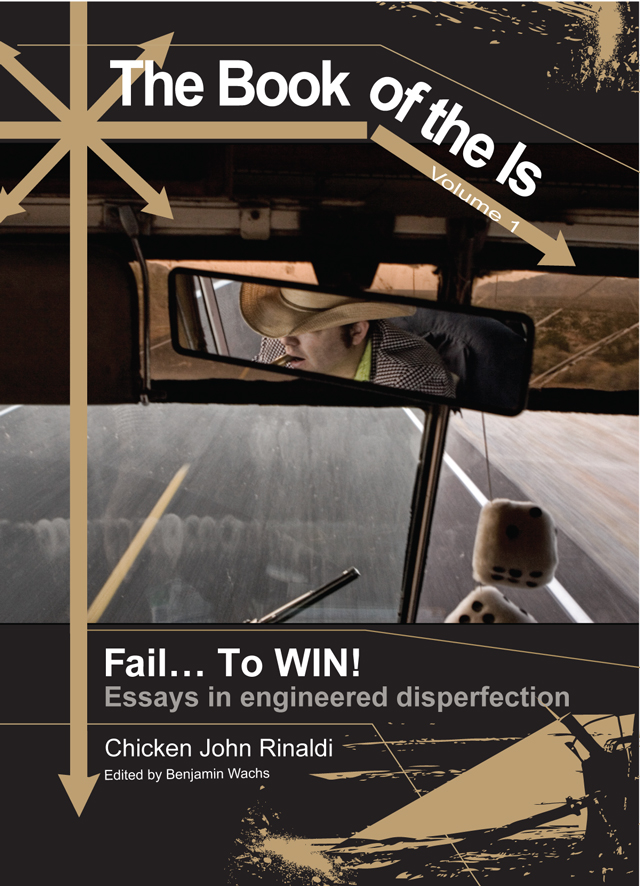 Only Chicken John Rinaldi would self-publish a book to save one of the few remaining art spaces in San Francisco. This is the man who ran for mayor of San Francisco knowing he couldn’t win from the get-go. This is the same man who staged a ‘Puke-in’ to protest privatization in San Francisco’s Dolores Park knowing there would be no actual vomit hurled. And the list goes on.

He fails to get what he wants. He fails to win. He calls this ‘engineered disperfection’.

Chicken has authored his first book and titled it, The Book of the IS: Fail… to WIN! Essays in engineered disperfection.

He claims that “calibrating to failure is the secret sauce that makes everything more interesting and fun”. The book is a chronicle of some of his projects, all dismal failures, that are stories skillfully told with accompanying photographs in a dizzying design scheme. He is trying to make a point that “being a winner sucks”. And that “you can live your life in a show”.

Can you travel the country in a circus with zero talent? What happens if you run for mayor as a joke and no one gets it? Where did GG Allin go wrong? What happened to those bands in the 80’s? What is the Cacophony Society, really? Can you really, truly live your life as art? What does that look like? What happens when you NEVER go for the boring money, never kiss the brass ring and always grasp beyond your reach? These and other questions are sort of answered!

But, as stated, it’s more than just a book. It’s a show and it’s one that he hopes save one of the last vestiges of art in San Francisco, his own art warehouse, Chez Poulet, which is in financial crisis.

The release party for the book happens Friday, September 30, 2011 from 7 PM to 2 AM at 111 Minna Gallery (and surrounding street) in San Francisco. Over 150 artists & performers will join Chicken John to launch his book in what is really a fast and furious fundraiser for Chez Poulet. Admission is free. Purchase the book for $100 and this valuable coupon page remains in the book.

The coupon does not expire and is redeemable from Chicken John, at any time, for goods or services equal to, but not limited to, anything. 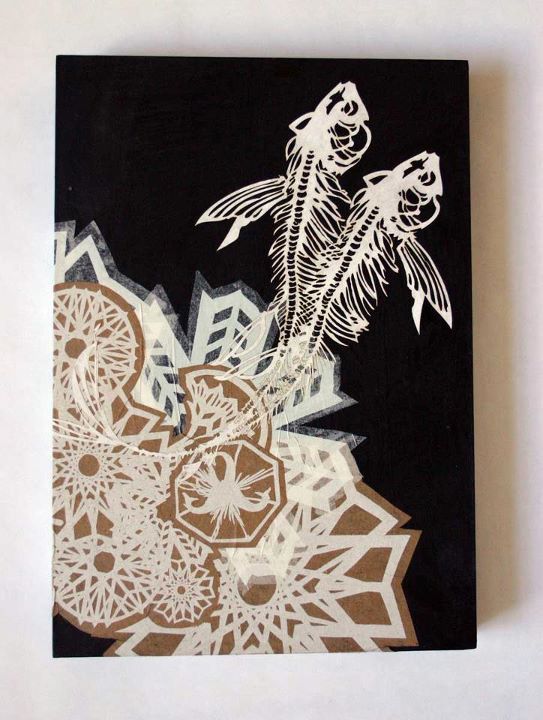 Purchase the book for $250 and a beautiful art cover is included. This one is by street artist SWOON.