20th Century Fox released a hilarious “Wet on Wet” teaser trailer for Deadpool 2, the upcoming superhero film directed by David Leitch that will be based on the Marvel Comics character of the same name and a sequel to the 2016 Deadpool film. The trailer finds Deadpool (Ryan Reynolds) channeling his inner Bob Ross while attempting to paint happy little trees. It also features a quick montage of the action coming in Marvel’s exciting new movie. Deadpool 2 is scheduled to whack its way into theaters on June 1st, 2018.

After surviving a near fatal bovine attack, a disfigured cafeteria chef (Wade Wilson) struggles to fulfill his dream of becoming Mayberry’s hottest bartender while also learning to cope with his lost sense of taste. Searching to regain his spice for life, as well as a flux capacitor, Wade must battle ninjas, the yakuza, and a pack of sexually aggressive canines, as he journeys around the world to discover the importance of family, friendship, and flavor – finding a new taste for adventure and earning the coveted coffee mug title of World’s Best Lover. 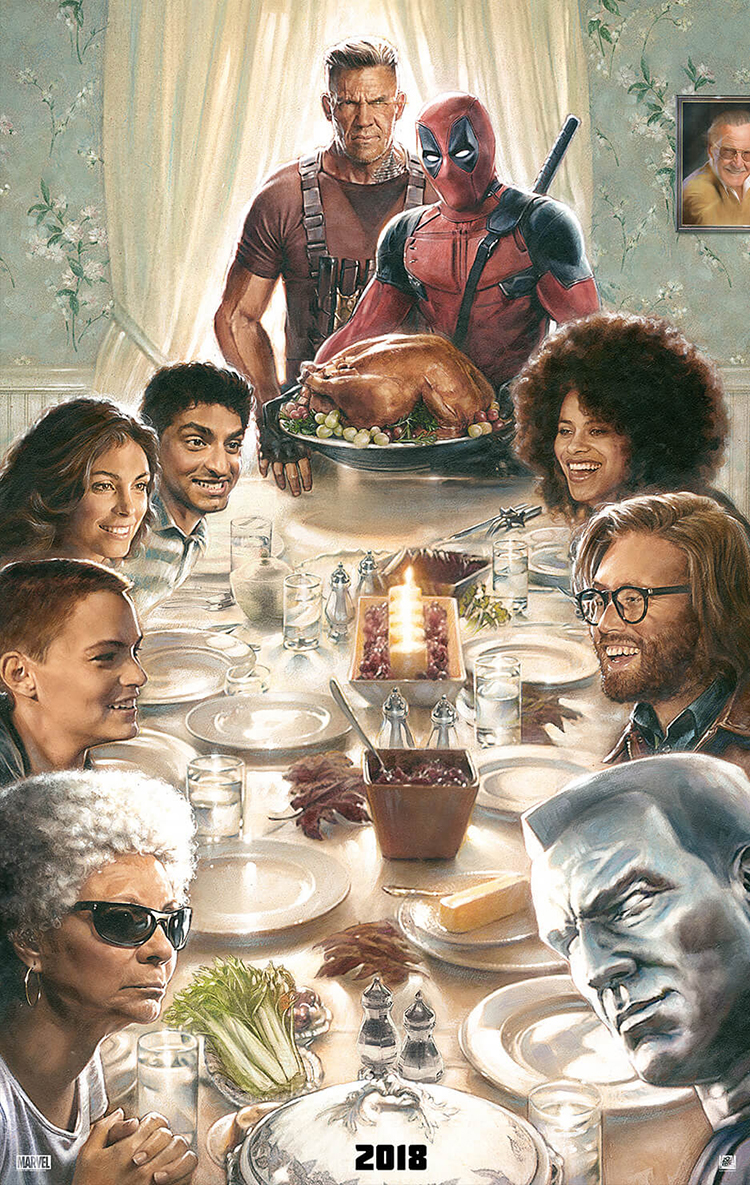 Bob Ross is very calming. 5 min into this show, it feels like you've been fucked to death by a thousand pillows. pic.twitter.com/UMazluwLui