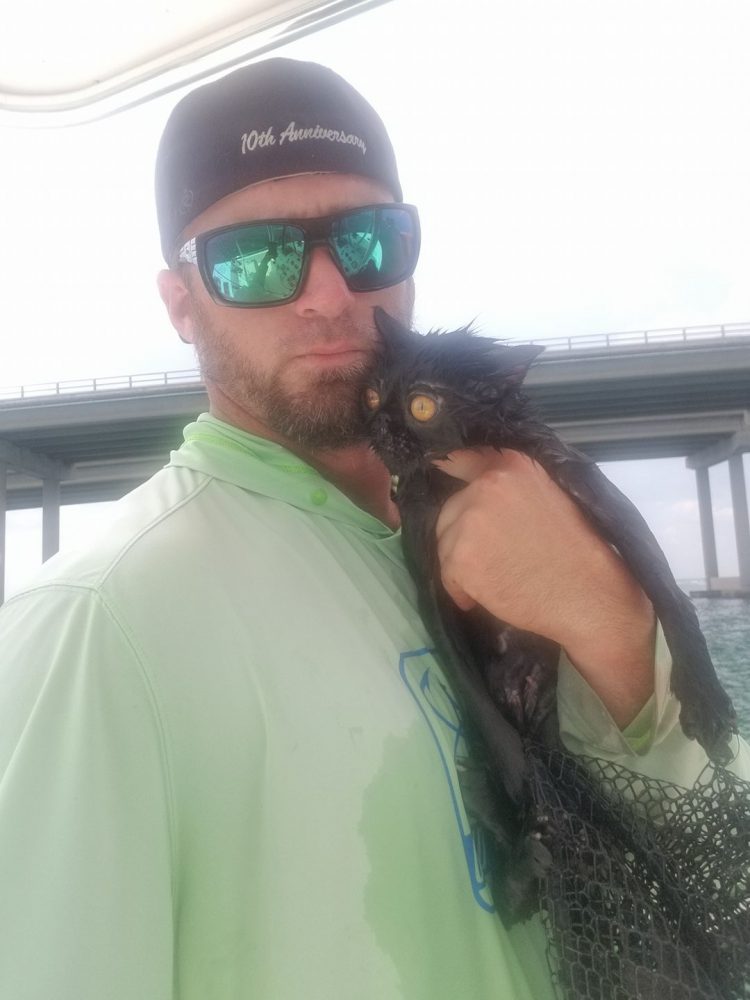 On July 27, 2017, Captain Jordan Smith of Let’s Fish Destin Charters in Destin, Florida was coming in to shore when he heard something hit the water from a bridge above. He came closer and saw that a little black cat had been thrown off the bridge and into the water by a clearly heinous person. Smith wasted no time in pulling the terrified kitten out with a net he had aboard into the safety of his arms. The kitten has since been named Miracle and is a part of the Captain’s family. Smith spoke with The Panama City Herald about the rescue.

I’ve seen some pretty crazy stuff out there, but never had seen a living animal get thrown off the bridge…I just saw something out of the corner of my eye. I saw some movement. Then I heard splat! Splat! I thought someone threw some trash down …When I took it out of the net, it grabbed a hold of my arm. I held the cat all the way into the HarborWalk. It was pretty intense.

Smith also had some very choice words for the horrible person who threw this defenseless kitten off the bridge.

To the piece of shit scum that just threw this cat off the destin bridge…. PLEASE let me find out who you are.

via The Panama City News Herald