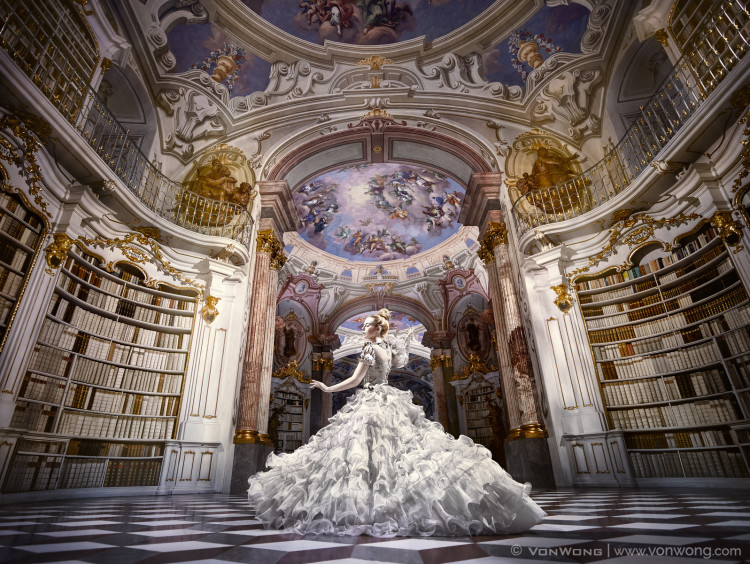 Photographer Benjamin Von Wong (previously) recently shot this fairy tale fashion photo series at the remarkably ornate 18th century library in Admont Abbey in Austria. Built in 1776, the library contains some 70,000 books and is illuminated with natural light through 48 windows. Von Wong describes the library as a “real life Disney library,” based on its resemblance to the castle library in the 1991 animated film, Beauty and the Beast. 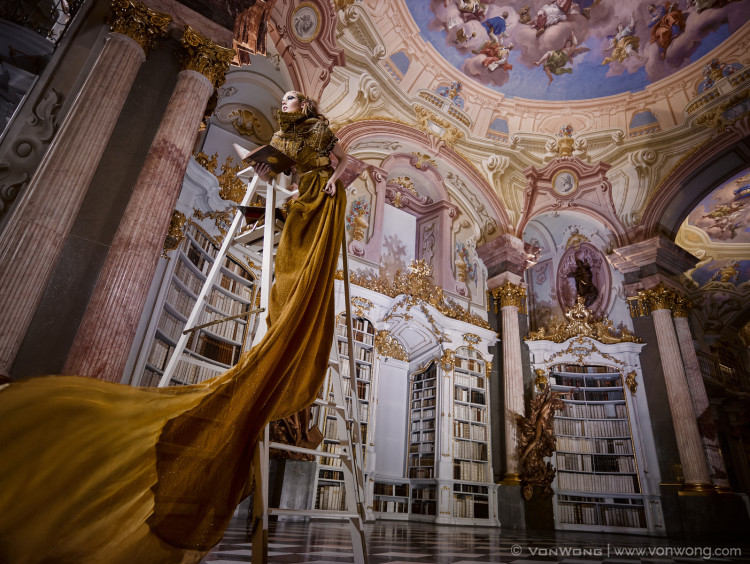 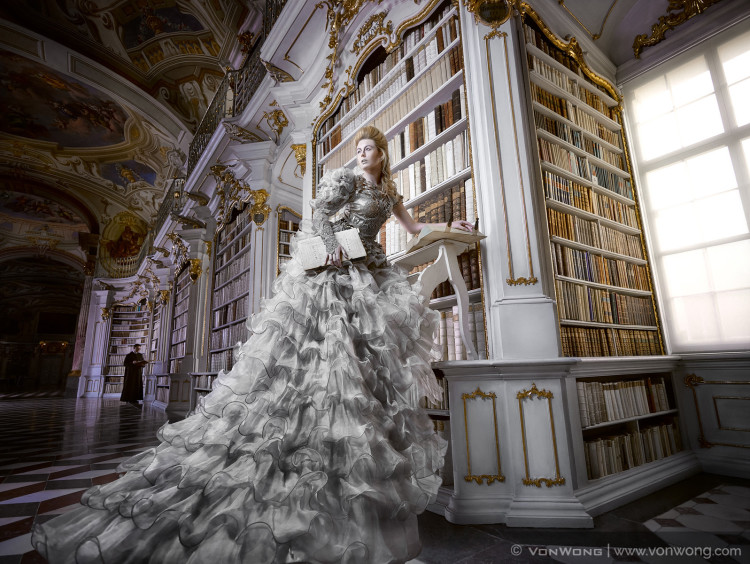