To herald the arrival of the delectable BBC/Netflix series Dracula by co-creators, writers and executive producers Steven Moffat and Mark Gatiss, the aptly named BBC Creative created a very clever billboard in London that, like its namesake, doesn’t come into full until after the sun goes down.

During the day, the billboard features bloody stakes dotting the white background, making it seem rather enticing. When it starts to go dark, however, these stakes reveal a toothy silhouette of the titular character. The darker it becomes, the more clearly the legendary blood-thirsty Count’s image is revealed. If that weren’t enough, a “Break Glass” box was placed below the stakes.

BBC creative director Olly Harnett stated that they wanted a fresh take on an iconic tale, like the series.

Coming from the makers of Sherlock, this version of Dracula is laced with dark humour and rock star swagger. We wanted our campaign to reflect Steven and Mark’s fresh take on a classic character, so each element has been designed to surprise – from the cheeky campaign line, ‘Bloody Legend’, to the use of Lust For Life on the trailers, and this special build, which takes a playful, tongue-in-cheek approach to the legend. 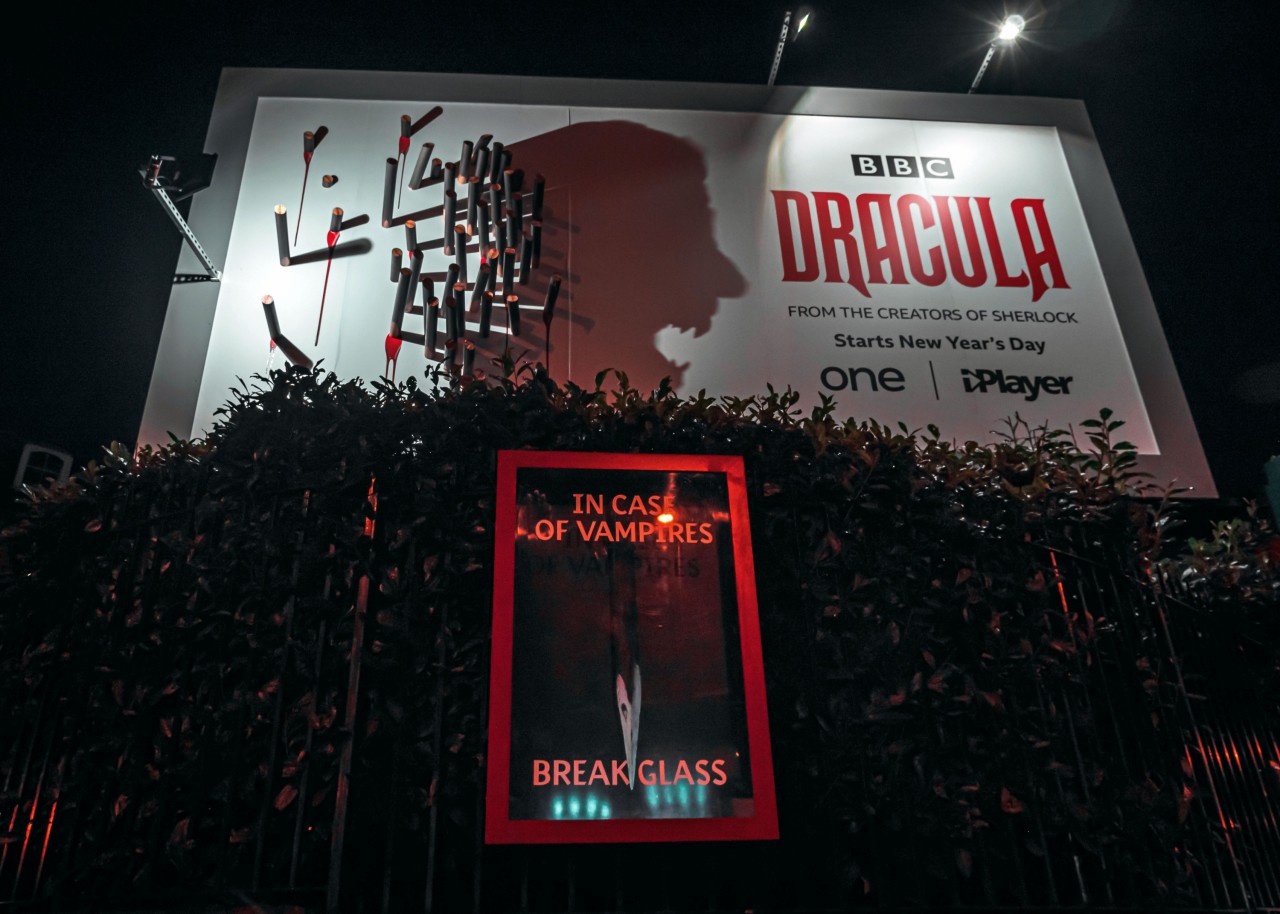 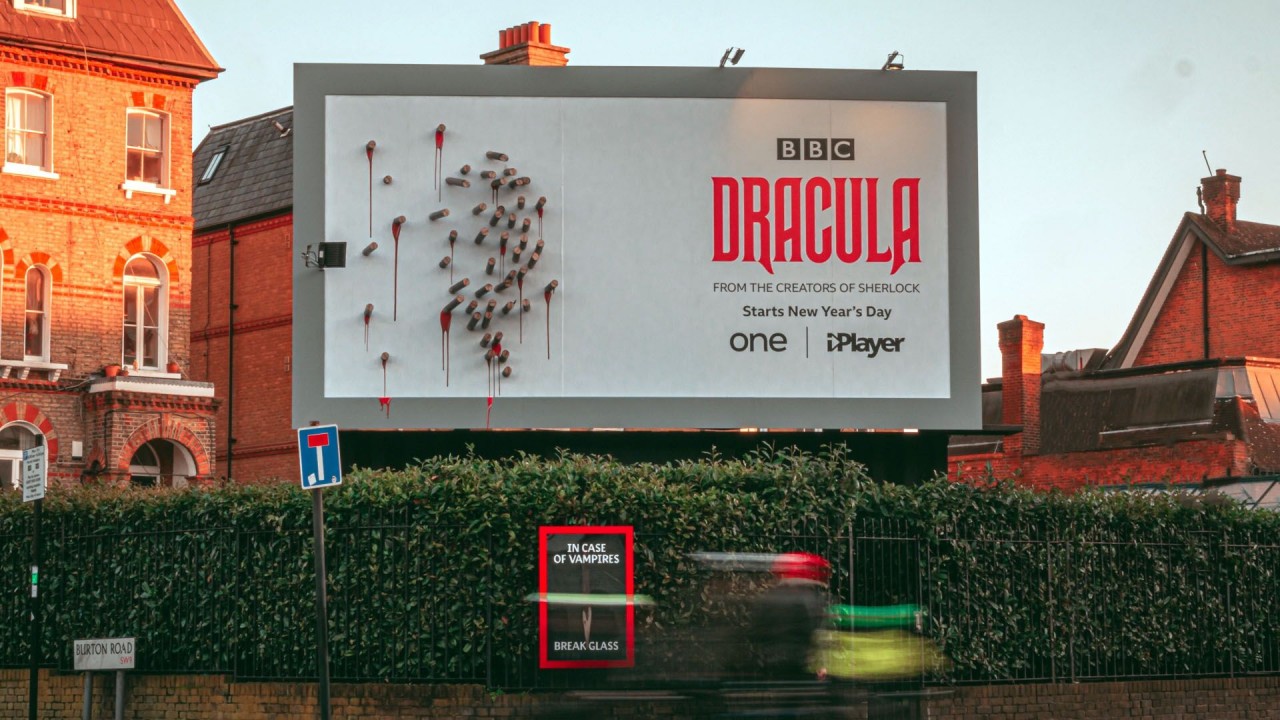