“It’s getting a little bit hairy in here.”

While filming The Polar Bear Family & Me in Svalbard, Norway, BBC wildlife cameraman Gordon Buchanan had a very close encounter with a female polar bear while he was stationed inside of a plexiglass ice cage. More clips from the series can be found at the BBC Two site. 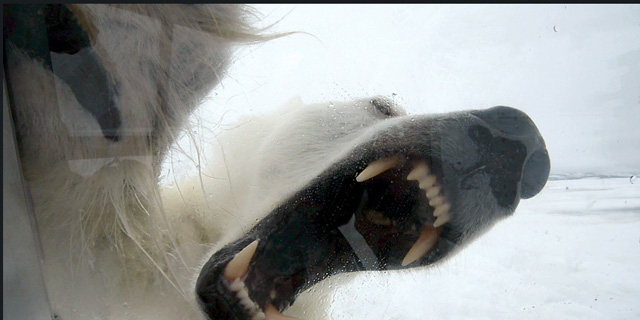