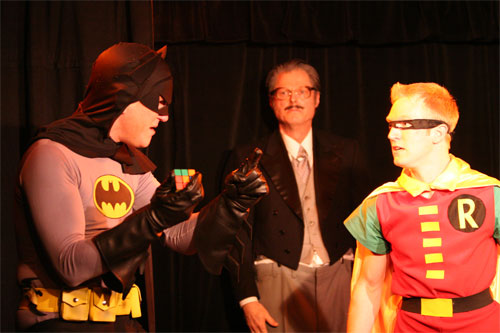 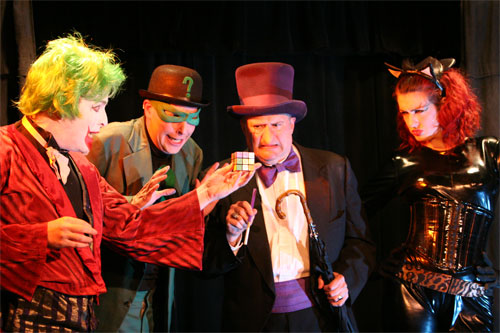 I finally had a chance to see “Batman!!! The TV Show: The Play” last night at The Darkroom and I shot a bunch of photos. It was by far one of the most entertaining and hilarious plays I have seen in a long time. They really did an amazing job of spoofing the original 60’s TV show and movie, with a few select updates. The cast is wonderful and includes long-time Laughing Squid co-collaborators Mikl-Em as The Joker and Hal Robins, of “Ask Dr. Hal” renown, playing The Penguin. Once again Jim Fourniadis, Erin Ohanneson and Ty McKenzie of Impossible Productions have outdone themselves and I’m sure will do so again with December’s upcoming production of Emperor Norton: The Musical.

You still have a chance to see Gotham saved by the caped crusaders. There are still 3 more performances of Batman at the same Bat time and the same Bat theater, but tickets are selling out fast.

photo of Batman by Scott Beale