Looper takes a rather nostalgic look at some of Bart Simpson‘s cleverest chalkboard gags that occurred throughout the series, noting that there was always a story to go with the gag.

For example, when Lisa Simpson ascends to the Presidency, she states that she inherited “quite a budget crunch” from her predecessor. This was an odd prediction made by The Simpsons that proved itself to be true and after the 2016 election, the chalkboard gag read “Being Right Sucks”. The multitude of previous and future gags reflected similar stories, jokes, and commentary throughout the years

The chalkboard gag in the intro to The Simpsons has become an iconic sight in TV comedy — and over the years, Bart Simpson has written a whole heap of words on that chalkboard. From controversial political statements to in-jokes to colorful innuendos, these are Bart’s most savage chalkboard jokes. 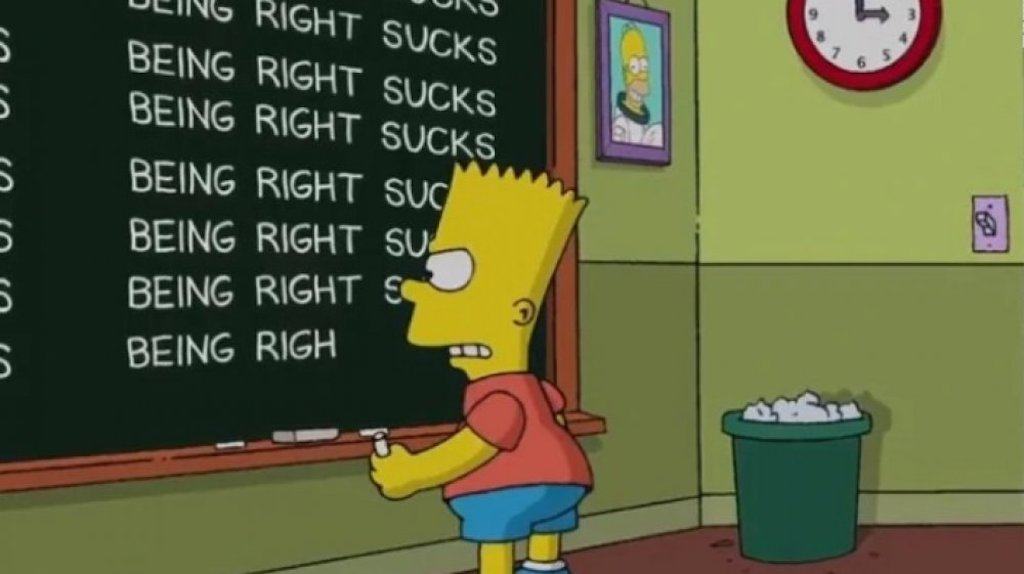