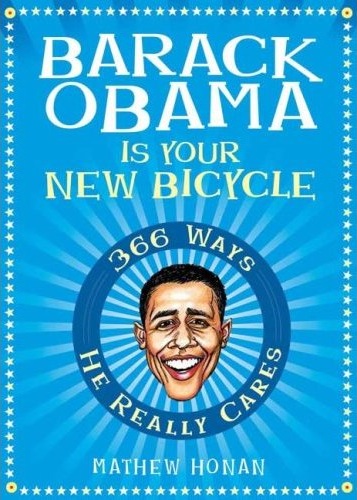 In February 2008 San Francisco freelance writer and Wired contributing editor Mathew Honan created the website “Barack Obama Is Your New Bicycle”, which displays random Barack Obama non sequiturs. The site was a huge hit, taking the internet by storm in a matter of hours.

Of course like all great internet memes it has been made into a book, which is being published by Gotham Books and will be released on August 5th. To celebrate this momentous occasion, Mat is having a Barack Obama is Your New Book Release Party this Wednesday, August 6th at The Dovre Club in San Francisco.

UPDATE: Here are a few photos from the book release party.