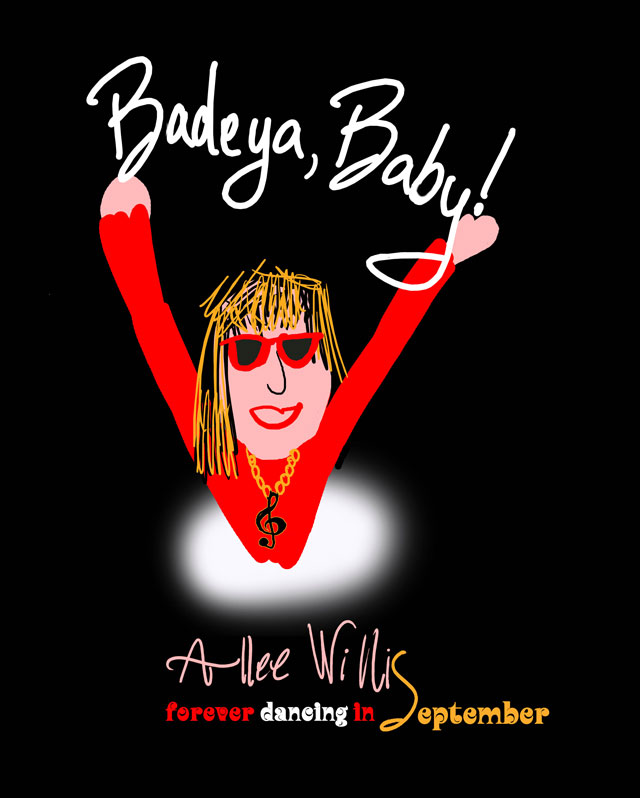 Badeya, Baby! happens September 21 and 22, 2012 at North Hollywood’s NoHoPAC, starting at 8 PM (doors 7 PM). Tickets are available to purchase now. The show celebrates Allee’s first hit song, September (which is currrently being featured in a Subway ad), by opening on ‘the 21st night of September’.

An ALL NEW show featuring me, my music, sing-alongs, stories, dance, prizes, and oh yeah, the foot massages!…Anyone who’s been to either of my live shows so far knows that this is not your normal singer-songwriter faire…