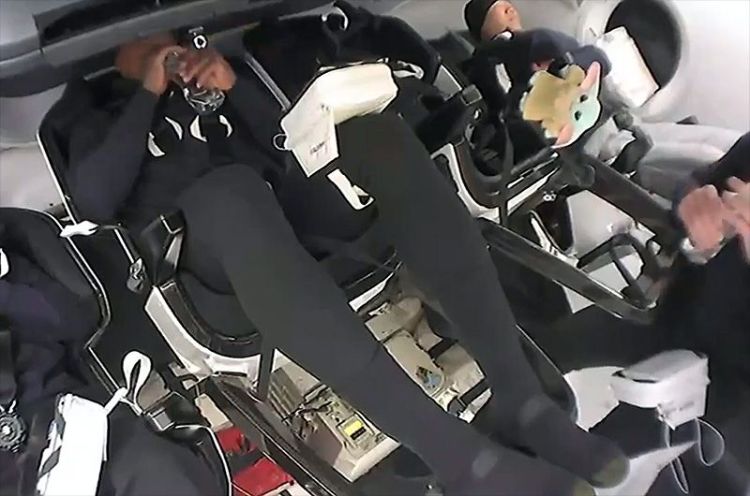 As the SpaceX Dragon spaceship with NASA and JAXA crew members traveled to the International Space Station as part of the historic SpaceX Crew-1 mission, the astronauts onboard revealed that a fifth occupant had joined them on their adventure. This little stowaway, a small, plush version of “The Child” (“Baby Yoda”) from the Disney+ series The Mandalorian was brought onboard to serve as a zero-gravity indicator, to show the crew when they have entered zero-gravity.

SpaceX engineer Jessica Anderson explained what she was seeing through the mission live stream.

And as you can see live, they have now revealed to us the zero-g indicator and it looks like a little baby Yoda!

The tradition of carrying dolls into space as a zero-gravity indicator has a long history, starting in 1961 with the first human in space. Soviet cosmonaut Yuri Gagarin carried a doll onboard him on the Vostok 1 Mission just to watch it float when he entered orbit.

The custom began on Russian spaceflights, dating back to the first launch of a human into space in 1961. Soviet-era cosmonaut Yuri Gagarin carried a small doll with him on his Vostok 1 mission to watch it float. Since then, the zero-g indicators have varied from homemade dolls to off-the-shelf, commercial toys.