AVA, short for Airport Virtual Assistant, is a digital holographic customer service representative projected on to a six foot tall, human-shaped plexiglass screen (video). Created by airportONE, AVA (also referred to as Avatar) serves as an information kiosk, reciting a 90 second loop of general airport information. At present airport avatars cannot interact with travelers though this feature is under development.

She works 24 hours a day, seven days a week and doesn’t charge for overtime. She never gets sick and doesnt require a background check. 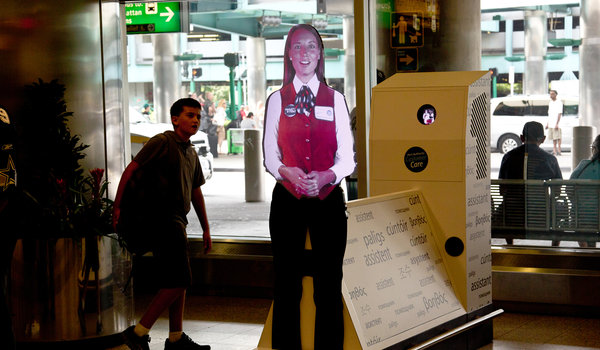 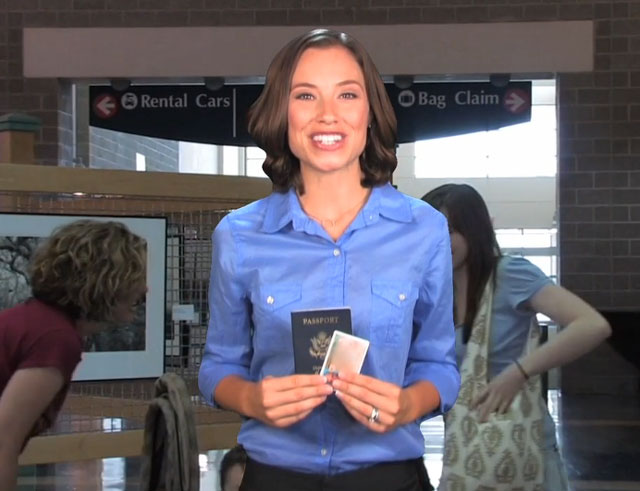