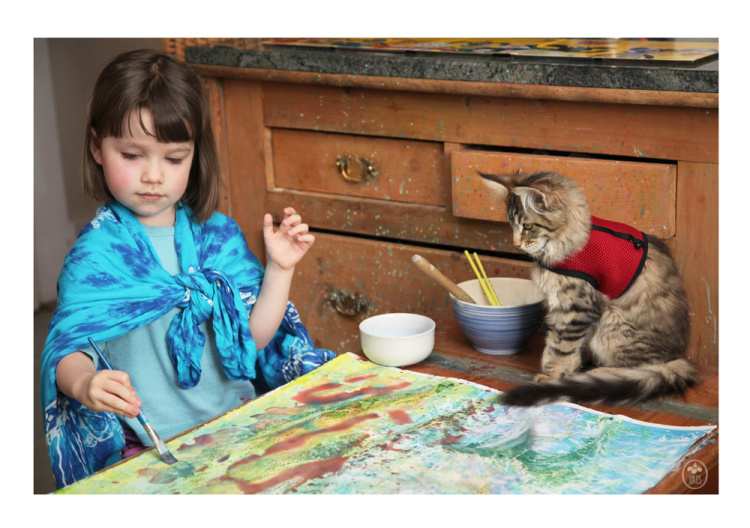 Iris Grace, a 5-year old girl in the United Kingdom with a form of autism, is an extraordinarily talented artist who is able “to paint in a style far beyond her years”. Iris derives a great deal of love, inspiration and devotion from her incredibly loyal long-haired cat named Thula, who understands the little girl and helps her to communicate with the world.

For the first time Iris manages to say a clear ‘Painting’ and ‘Paint’ along with all sorts of other words she has used before, my excitement about the ‘Painting’ word sets her off running around the kitchen and to the hallway with her hands in the air as if she has scored a goal. She returns and adds some more paint to the paper and then rushes off again with the brush, over the carpeted floor and onto the sofa where Thula is lying. She is showing her best friend the colour by dotting spots onto the sheet Thula is lying on. Iris wants her to be included in the activity and enjoy the colours as she has. We laugh as Thula tries to catch the colour putting her furry paws over the spots of paint. For Iris, painting isn’t an activity she does at a set time, it is part of her therapy but it’s on her terms with the table and paper out at all times. 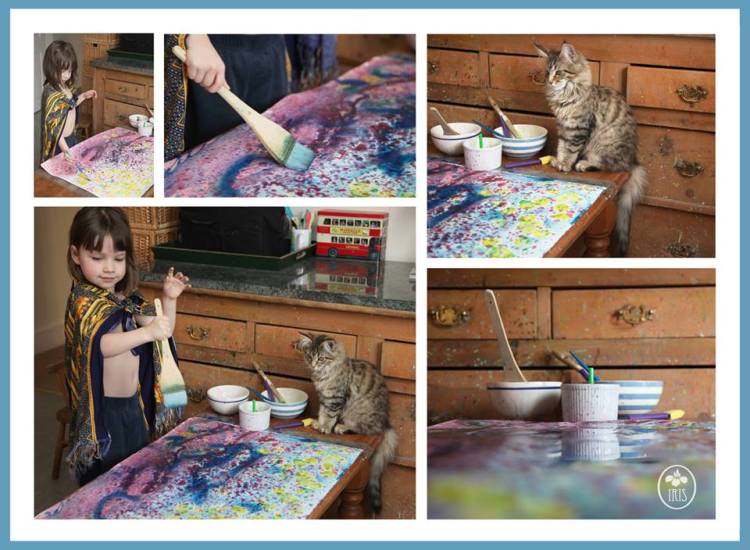 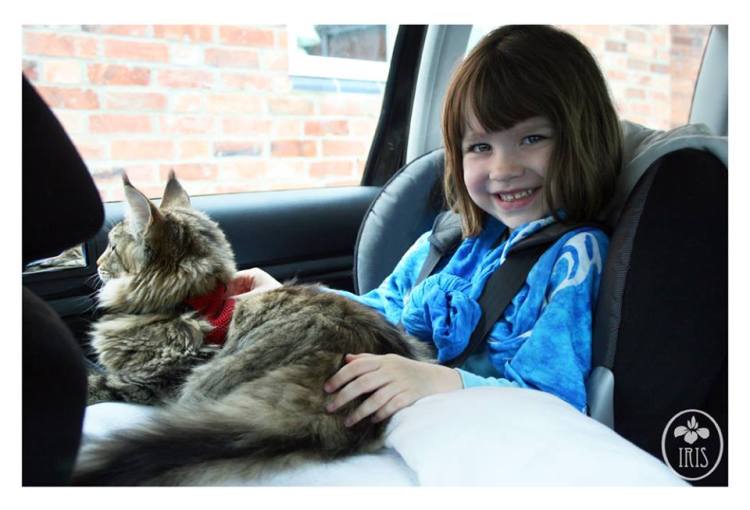 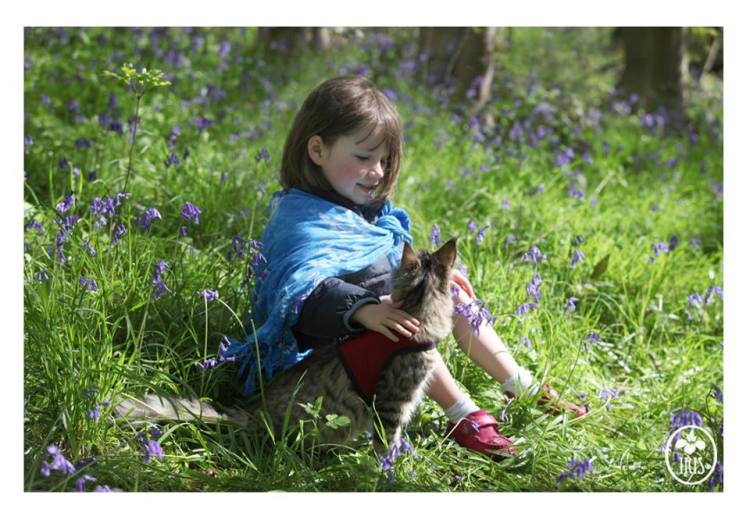 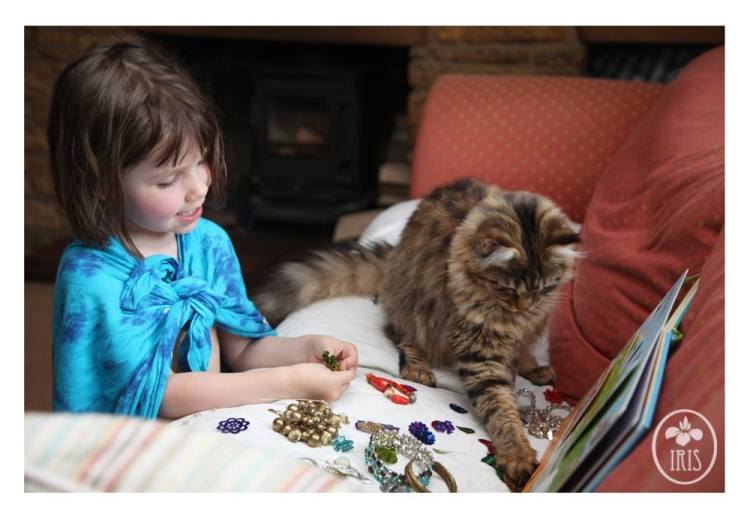