Great Big Story spoke with Ashly Burch, a talented actress who’s known for distinctively voicing Tiny Tina in Borderlands 2, Parvati Holcomb in The Outer Worlds, and Aloy in Horizon Zero Dawn. Throughout the interview, Burch shared her excitement about doing what she’s always wanted to do for a living and her love of her career.

It’s a dream job for the lifelong gamer. Burch was only 12 when she decided she wanted to do video game voice work. A few years later, she and her brother Anthony created and starred in the web series “Hey Ash, Whatcha Playin’?” Burch tells us how she broke into the industry as a voice-over artist and shows off her skills on the mic. 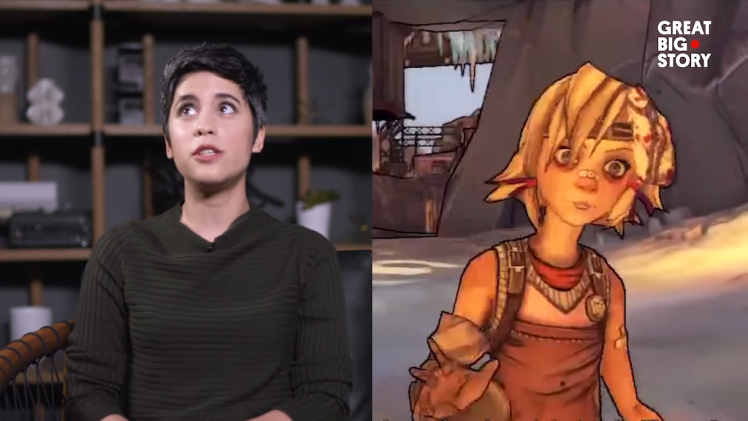 Thank you so much for letting me talk about having the best job in the world and for making a tiny pixel version of me, @greatbigstory ! https://t.co/kslU95WcZW