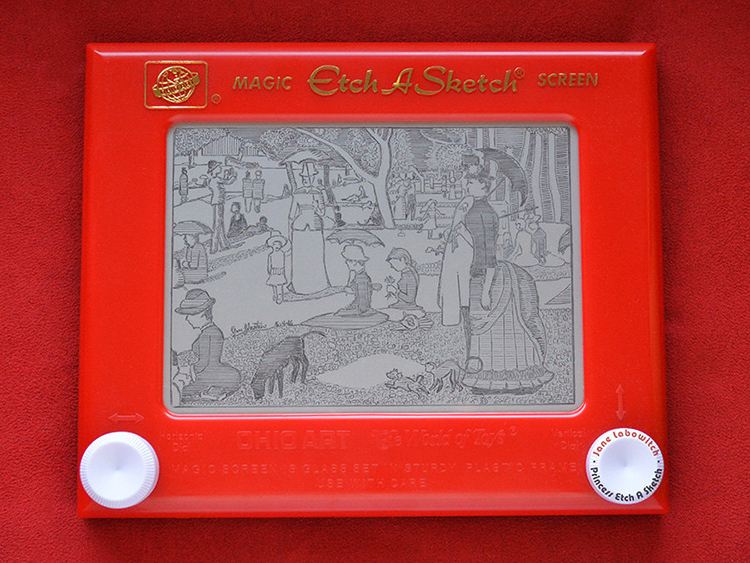 Chicago artist Jane Labowitch (a.k.a. “Princess Etch A Sketch“) does an amazing job of recreating iconic paintings from history on an Etch A Sketch. Signed prints of Jane’s Etch A Sketch drawings are available to purchase from her Etsy store.

I started playing with an Etch A Sketch when I was 4. Growing up I’d visit my grandma’s house on weekends. I played with my Etch A Sketch there because my grandma restricted my TV watching. In retrospect, I am really thankful that I wasn’t allowed to watch TV so much because it was during those weekends of boredom that I began to hone my skill. I played with my Etch A Sketch so much that I got used to the mechanics, and I got to the point to where I didn’t have to think about which way the knobs made the stylus on the screen move. In a sense, I became fluent in a language. 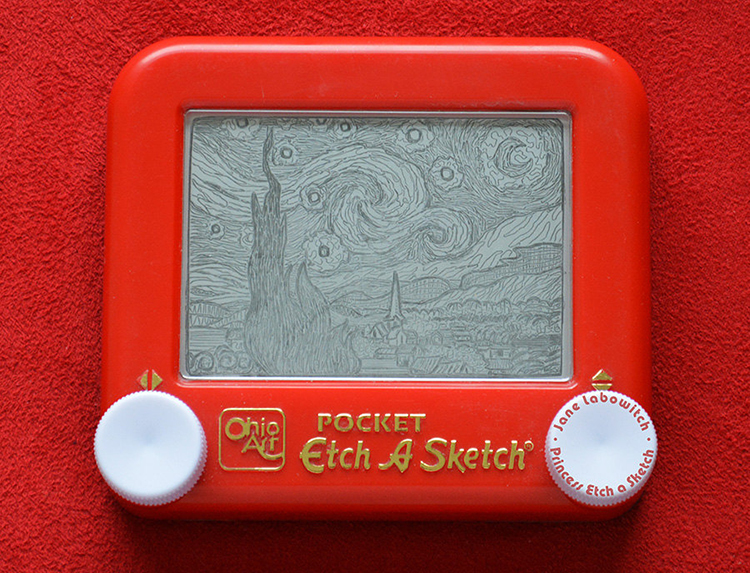 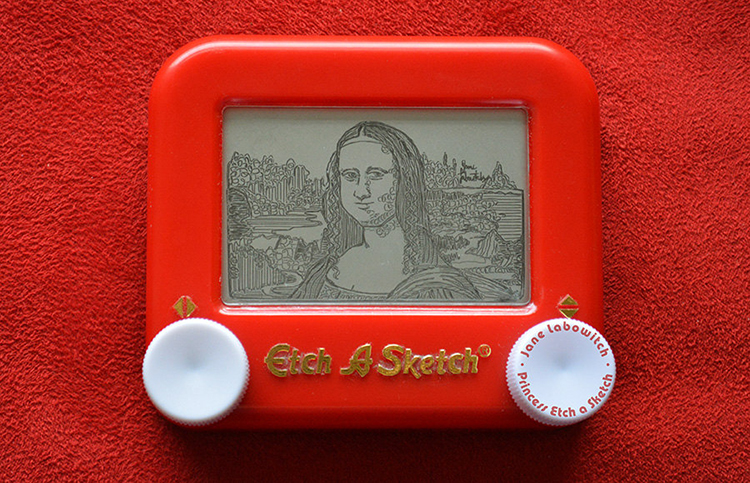 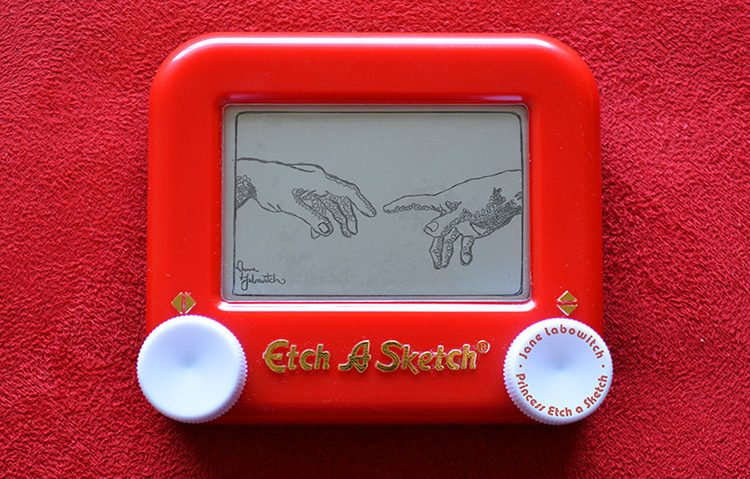 The Creation of Adam by Michelangelo 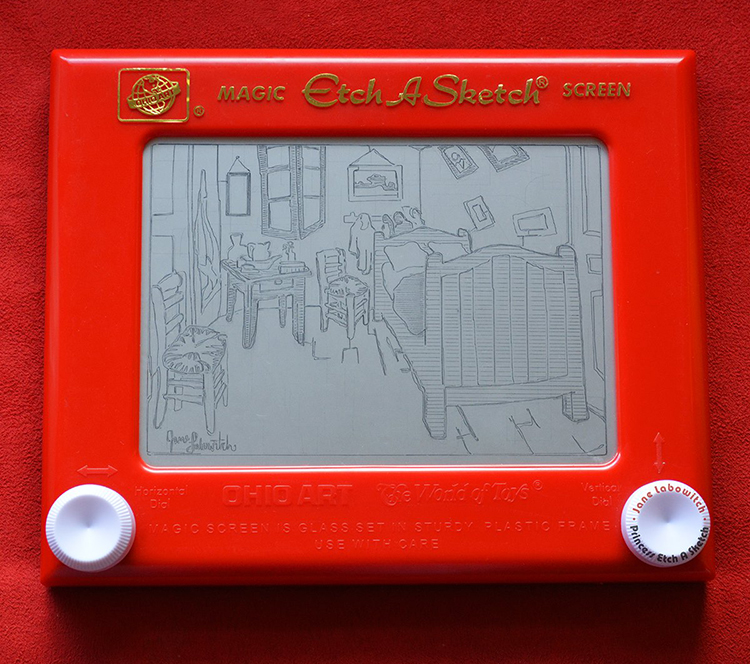 via Chicagoist, Adventures of Yoo, My Modern Met