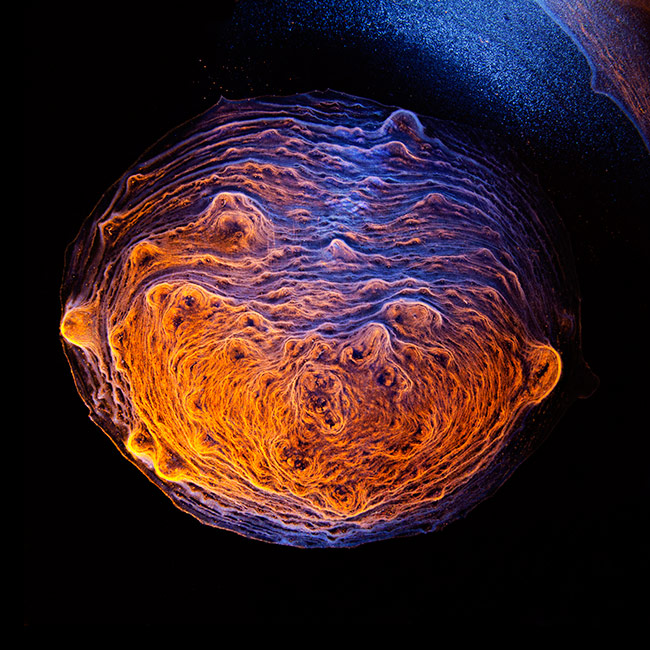 In his project “Vanishing Spirits – The Dried Remains of Single Malt Scotch“, artist Ernie button has captured what looks like the cosmos from beautifully-lit unwashed lowball glasses that recently held a wonderful whisky.

The idea for this project occurred while putting a used Scotch glass into the dishwasher. I noted a film on the bottom of a glass and when I inspected closer, I noted these fine, lacey lines filling the bottom. What I found through some experimentation is that these patterns and images that you see can be created with the small amount of Single-Malt Scotch left in a glass after most of it has been consumed. The alcohol dries and leaves the sediment in various patterns. It’s a little like snowflakes in that every time the Scotch dries, the glass yields different patterns and results. I have used different color lights to add ‘life’ to the bottom of the glass, creating the illusion of landscape, terrestrial or extraterrestrial. Some of the images reference the celestial, as if the image was taken of space; something that the Hubble telescope may have taken or an image taken from space looking down on Earth. 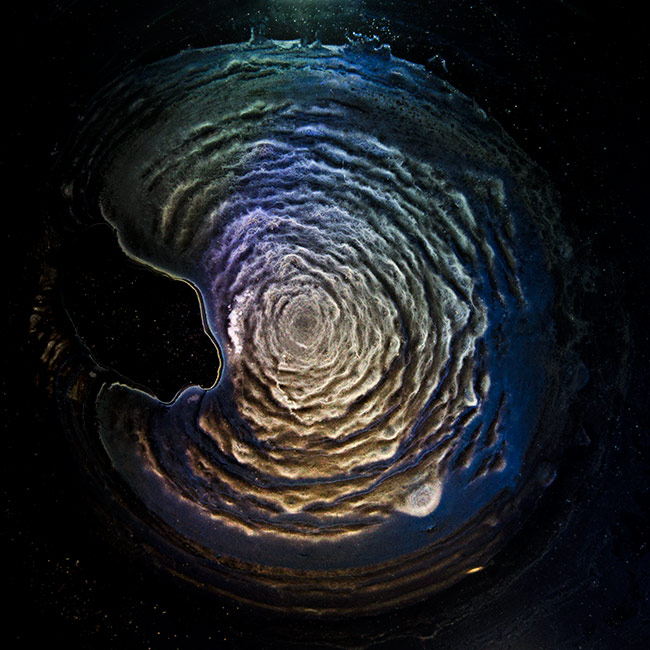 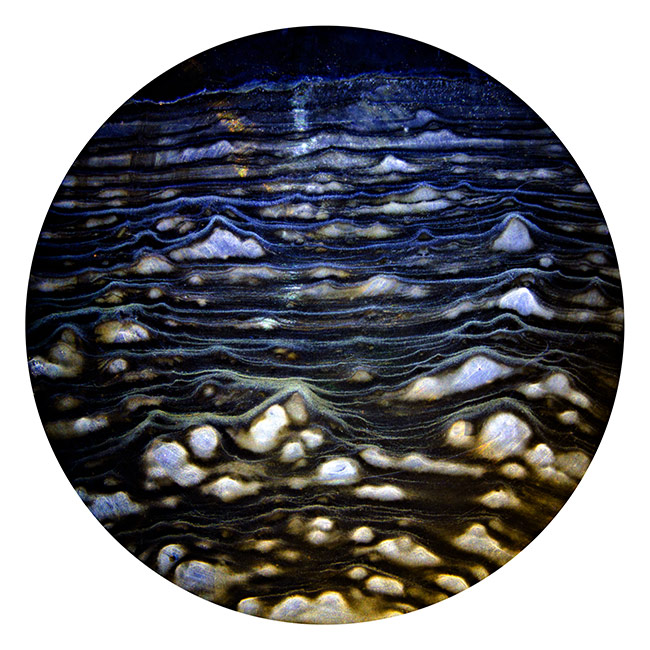 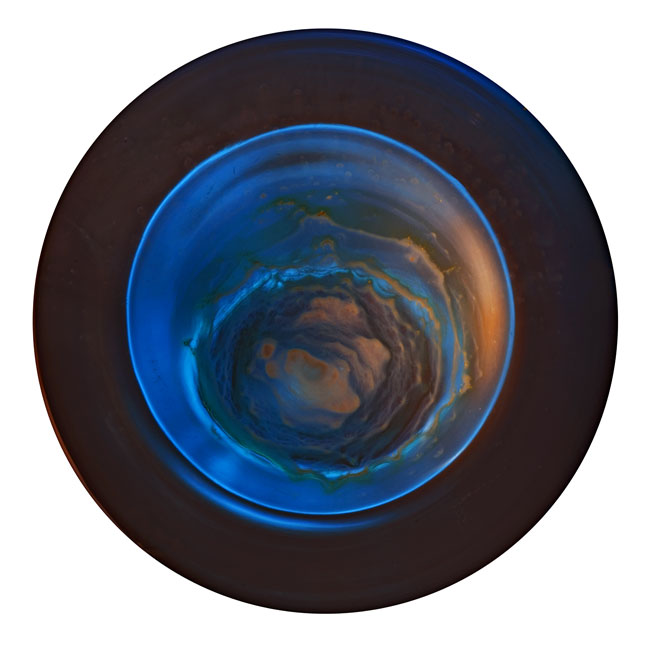 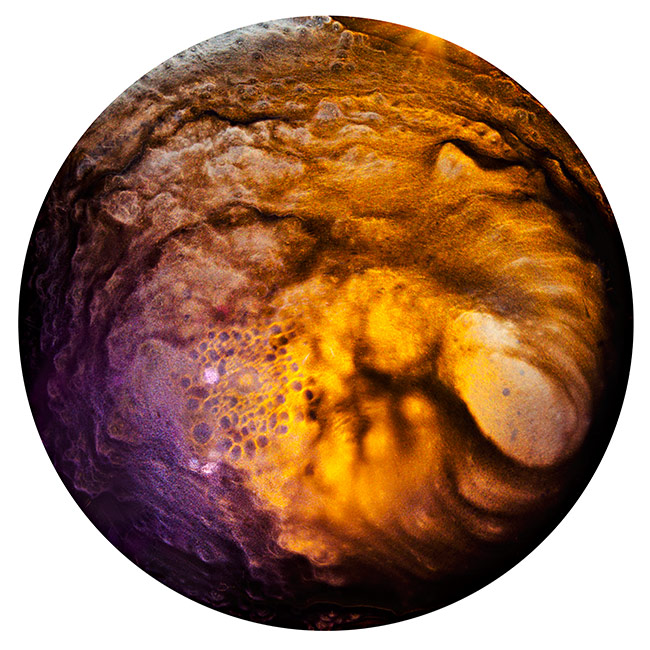 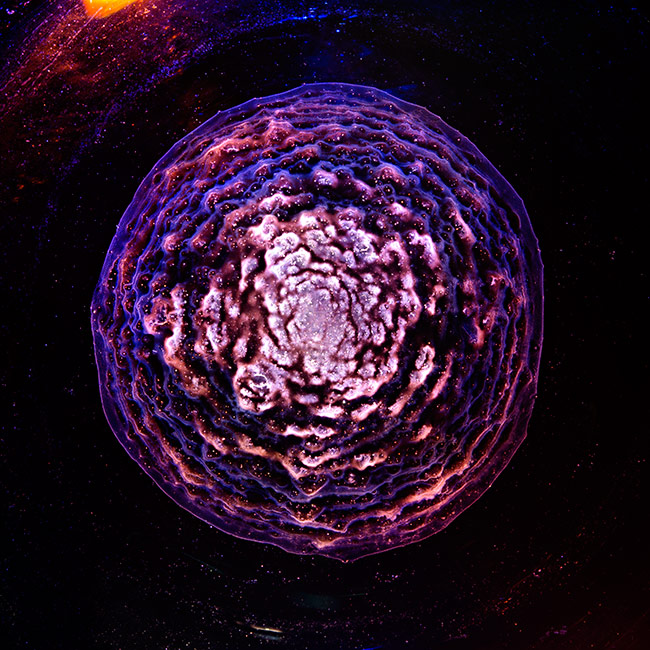