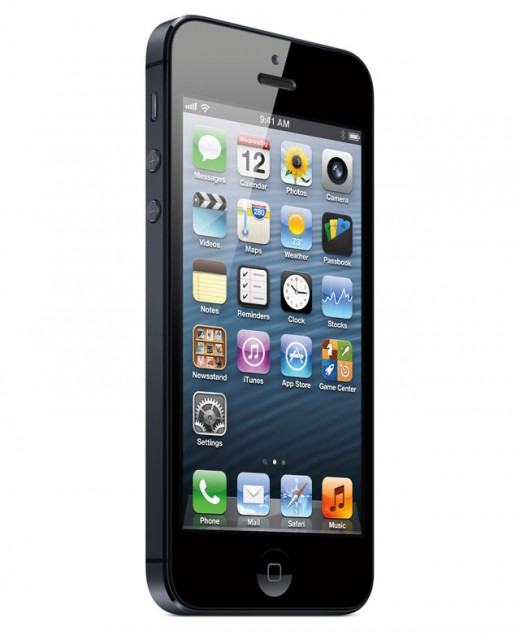 At today’s Apple media event in San Francisco, CEO Timothy Cook unveiled the next generation iPhone 5 which has a host of improvements and new features. The redesigned body is made out of glass and aluminum and is just 7.6 millimeters thick (18% thinner than the iPhone 4S). The phone is 20% lighter too, at 112 grams. Despite shrinking in size and weight, the phone has a larger 4 inch Retina display. The camera has been improved, with better low light performance, image processing, and 40% faster photo capture. The front-facing camera has also been upgraded and now supports FaceTime video chat over cellular networks. Internally, the phone has a faster chip, the A6 processor, and supports more wireless frequencies including LTE, as well as faster Wi-Fi. The phone will ship with iOS 6 which includes the new map app with turn-by-turn navigation. The iPhone 5 will start at $199 with a 2 year contract. The iPhone 4 is now free with a 2 year contract.

Apple also announced improvements to iTunes and the iTunes Music Store app, a new iPod Touch and Nano, as well as an all-new earbud design.