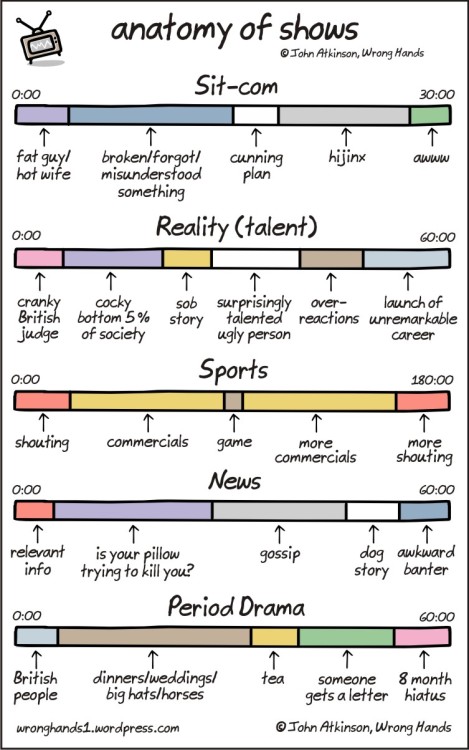 “Anatomy of Shows” is a comic by Wrong Hands cartoonist John Atkinson (previously) that breaks down the basic elements of the most popular television genres into their most simplified elements over the 30 to 60-minute length of a program. Atkinson has previously given the treatment to various music styles.