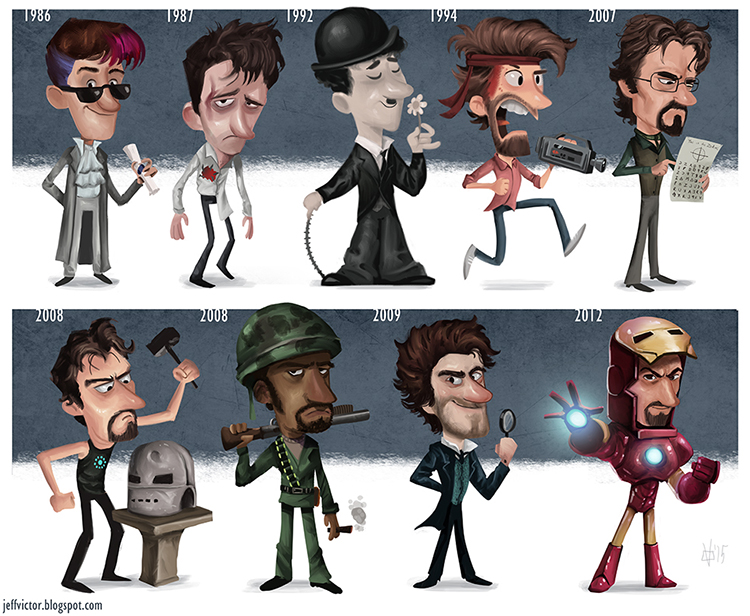 Los Angeles-based artist Jeff Victor has created an illustrated timeline featuring Robert Downey Jr. and the evolution of his roles in movies. Prints are available to purchase from his online store.

What can I say…I love RDJ. What an incredible career this fine actor has had. Possibly even the greatest comeback story in Hollywood history. Older readers will recall seeing him as a comic presence in such films as Weird Science and Back to School. Downey Jr then showed us his dark side with Less Than Zero. A few years later, he was Oscar nominated for the title role in Chaplin. After a long, difficult battle with substance abuse, he roared back into the spotlight as Tony Stark in Iron Man, now his signature role. Reportedly one of the nicest guys in Hollywood, RDJ continues to take on new challenges as an actor, and I can’t wait to see what he does next.