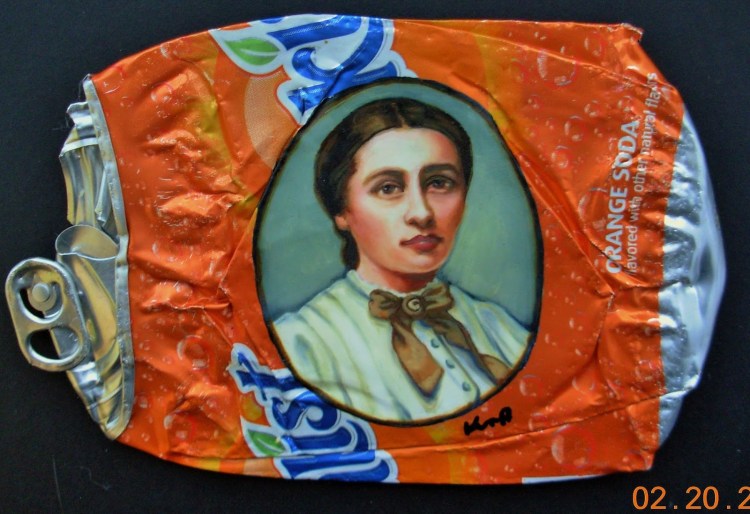 While living in South Carolina in 2004, artist Kim Alsbrooks decided to paint formal historical portraits onto flattened soda and beer cans for a project she called The White Trash Series in which she sought to contrast the highly decorous images against the discarded and forgotten refuse of everyday life as a strong comment on the social structures still highly present in the American south. Despite moving to Philadelphia, Alsbrooks has continued the series with gusto, posting available work on her blog site.

The White Trash Series was developed while living in the South out of frustration with some of the prevailing ideologies, in particular, class distinction. This ideology seems to be based on a combination of myth, biased history and a bizarre sentimentality about old wars and social structures. With the juxtaposition of the portraits from museums, once painted on ivory, now on flattened trash like beer cans and fast food containers, the artist sets out to even the playing field, challenging the perception of the social elite in today’s society. 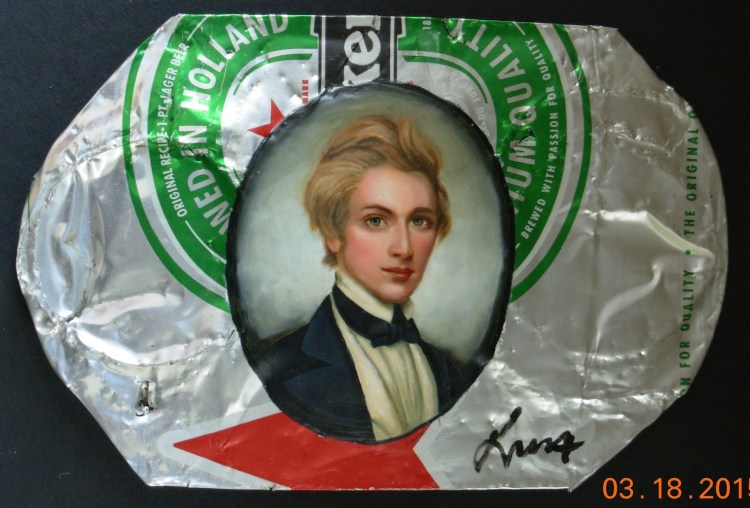 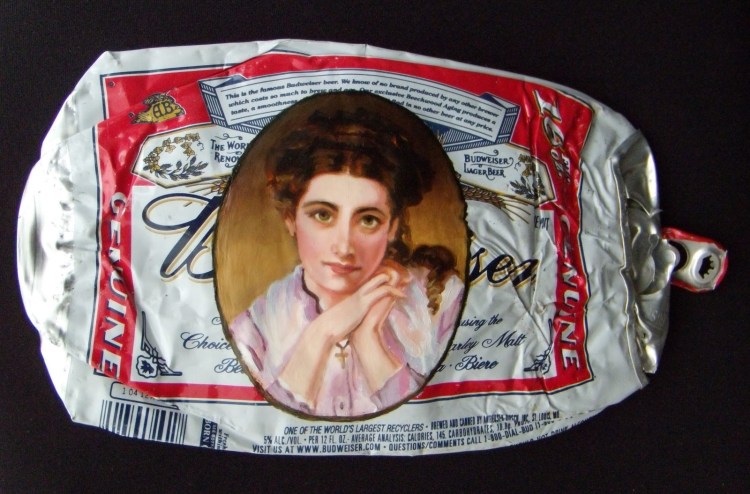 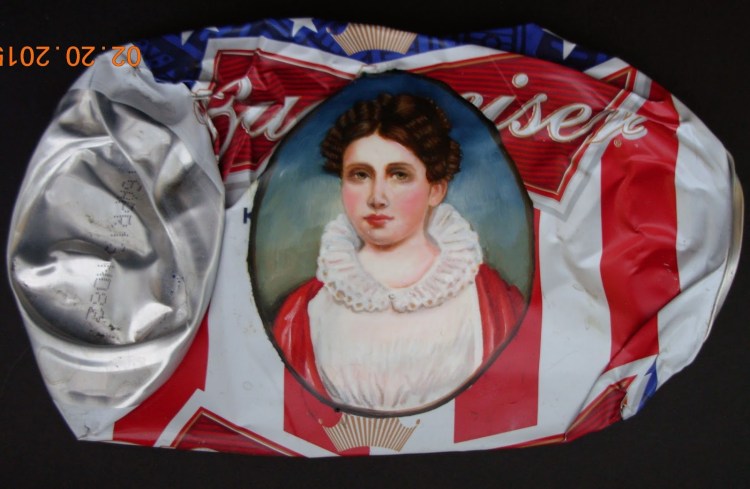 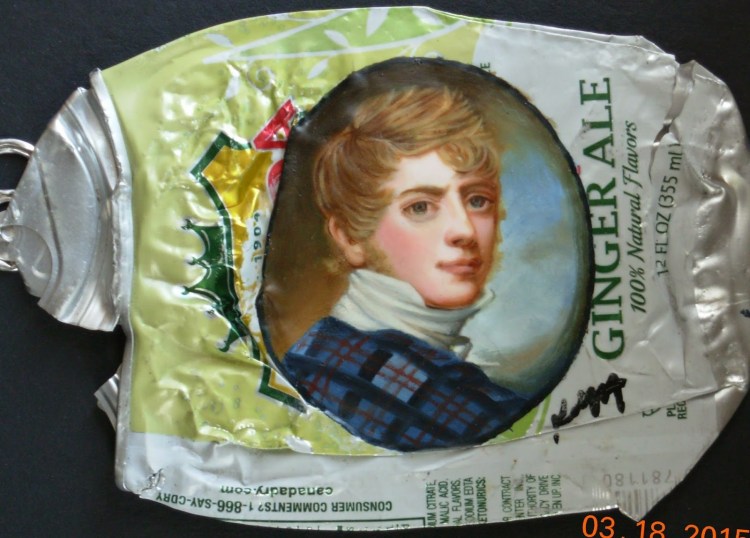