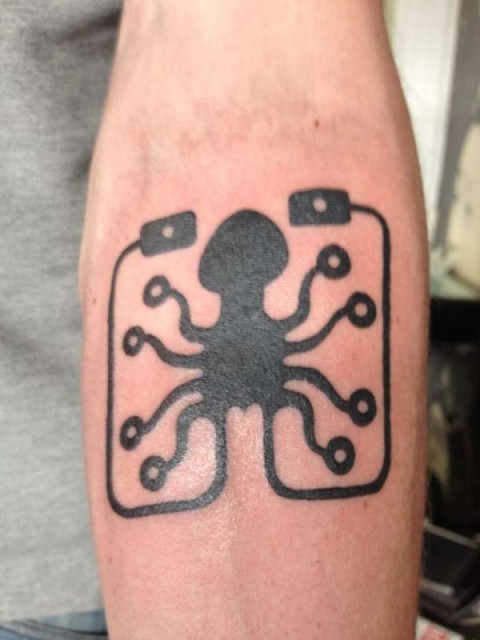 A man named Matt inked his right lower arm with an all-black Laughing Squid logo tattoo, minus the eye and words, at Wildfire Tattoos in Cape Town, South Africa. Here’s a history of our logo, which was created by Matt Dong. 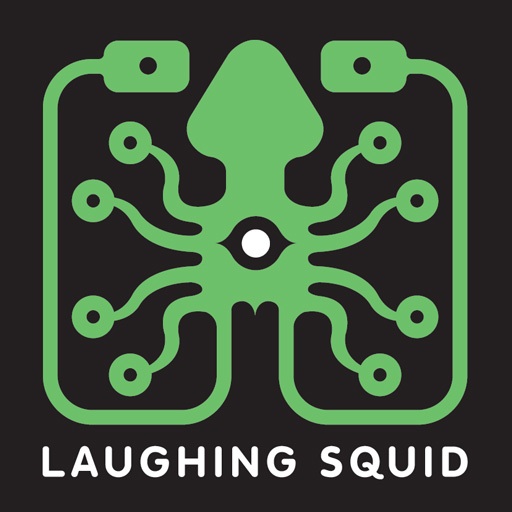 UPDATE: Another image of a Laughing Squid logo tattoo has just been dug up by Scott Beale, which was first discovered by Attaboy in 2003. This one is planted near someone’s wrist, still missing the text but bearing the squid’s eye: 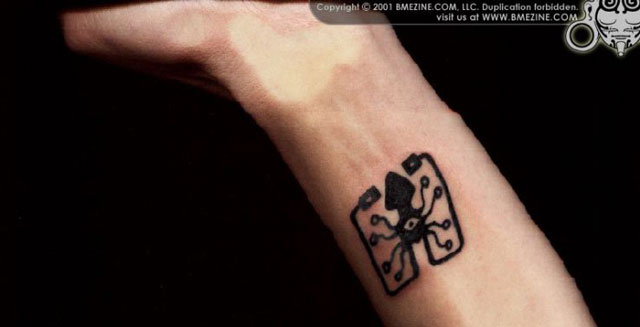 UPDATE: In September 2013, a reader sent in this photo of his friend’s Laughing Squid logo tattoo, minus the words “Laughing Squid”: 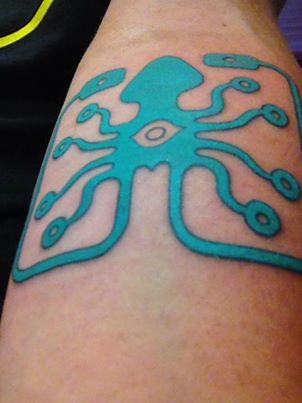