FPV is “first person view” flying of a radio controlled aircraft using a video image from the plane transmitted wirelessly to a viewing station on the ground, using video goggles in my case. This allows safe operation of a small, quiet, electric airplane while taking high-definition video while piloting the plane as if one were sitting in the cockpit. I flew at about 50kph (30mph) at an altitude of of 30m (100ft) over the playa and the city to obtain video for this production, then landed safely right on the inner playa. The plane was operated using the DragonLink long-range UHF system which gives highly-secure control for up to 10 miles range. 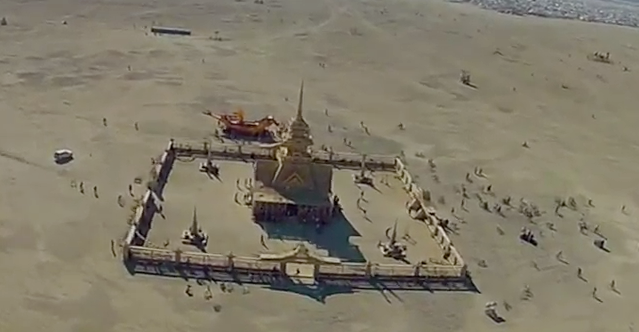 via The Burning Blog