Alexander the Grape is the 1965 animated paper-cut art short from Muppets creator, Jim Henson. In 2009, The Jim Henson Company Archives “discovered and reconstructed” the short.

The Jim Henson Company Archives’ blog, Jim Henson’s Red Book, gives some great insight on the history of the film and how they reconstructed the footage:

…Jim made an effort to create a longer cut-paper animated fable with a coherent story, a fully developed script, and a professional score: Alexander the Grape. Jim wrote the script (the typed copy is dated 9/24/65 – his 29th birthday) and drew a storyboard…

Jim cut colored paper into the shape of grapes and other fruit which he moved before simple hand-drawn backgrounds on his animation table. He never completed the animation, but in 2009, the Jim Henson Company Archives rediscovered audio tracks and the animated footage that had been finished. Augmented by scans of Jim’s storyboard that fill in the missing visuals, the resulting film is a delightful peak into Jim’s creative process and his work from those early years. 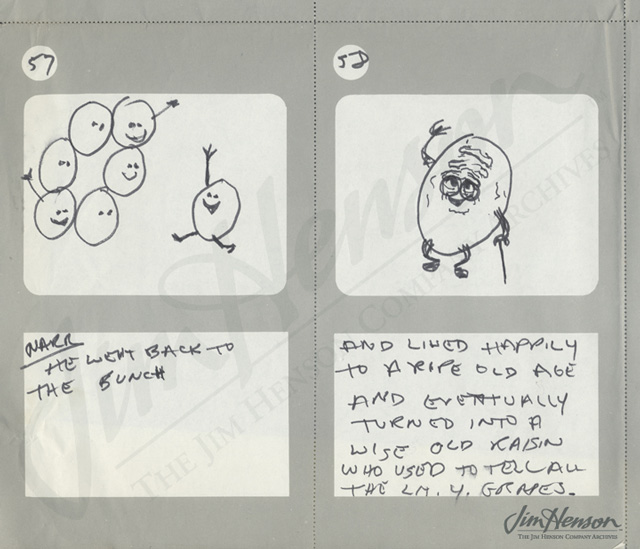 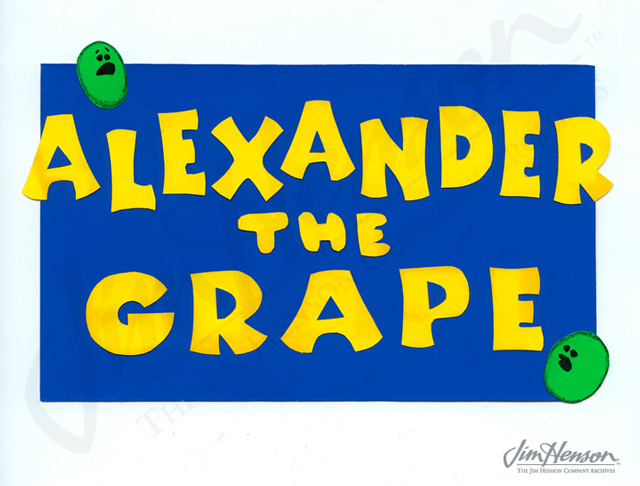