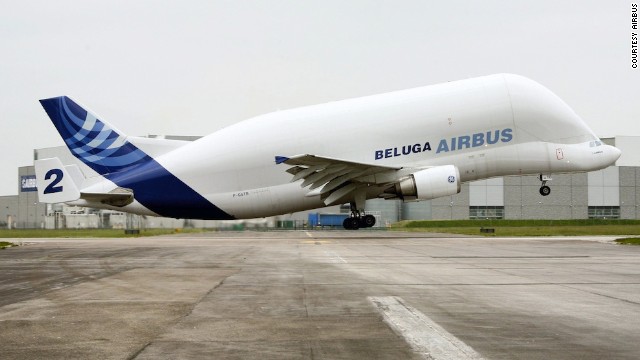 The Airbus A300-600ST “Beluga” is a large cargo aircraft with a bulbous cargo hold that is designed to carry aircraft parts and other oversize cargo. Airbus converted five A300-600 passenger aircraft into Belugas in the 1990s to help transport aircraft parts between their various European facilities. It is optimized for lightweight but oversize cargo, with one of the highest cargo volumes for an aircraft at 43,000 cubic feet, but a somewhat limited cargo capacity of 47 tons (several large transport aircraft can carry more weight including the Lockheed C-5 Galaxy and the Antonov An-124 Ruslan. Boeing has a similar aircraft with an even larger cargo volume, the Boeing 747 Large Cargo Freighter. For more on the Beluga see this CNN article. 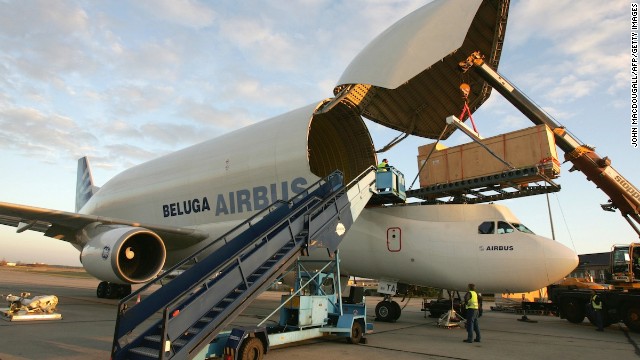 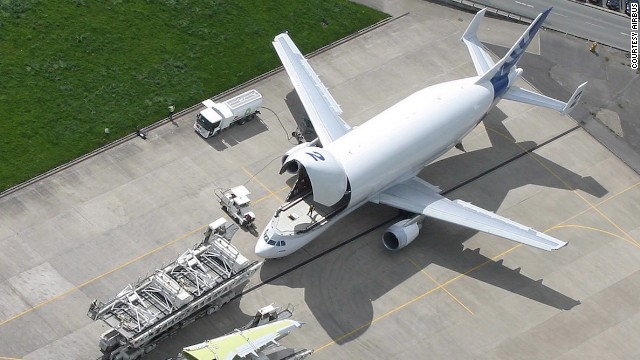 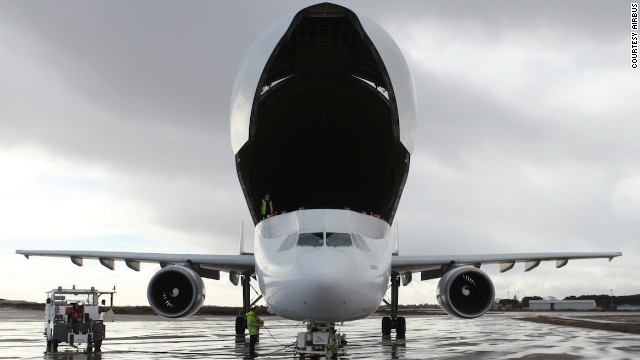 photos via CNN, video by mcpcshowcase