Disney•Pixar has released a new trailer for The Good Dinosaur, an upcoming animated film directed by Peter Sohn and produced by Denise Ream. The trailer sheds some light on how the young Apatosaurus named Arlo lost his family and then met a little human boy. The Good Dinosaur is currently set to release in theaters on November 25, 2015.

‘The Good Dinosaur’ asks the generations-old question: What if the asteroid that forever changed life on Earth missed the planet completely and giant dinosaurs never became extinct? The film is a humorous and exciting original story about Arlo, a lively Apatosaurus with a big heart. After a traumatic event unsettles Arlo’s family, he sets out on a remarkable journey, gaining an unlikely companion along the way – a human boy. ‘The Good Dinosaur’ is an extraordinary journey of self-discovery full of thrilling adventure, hilarious characters and poignant heart. 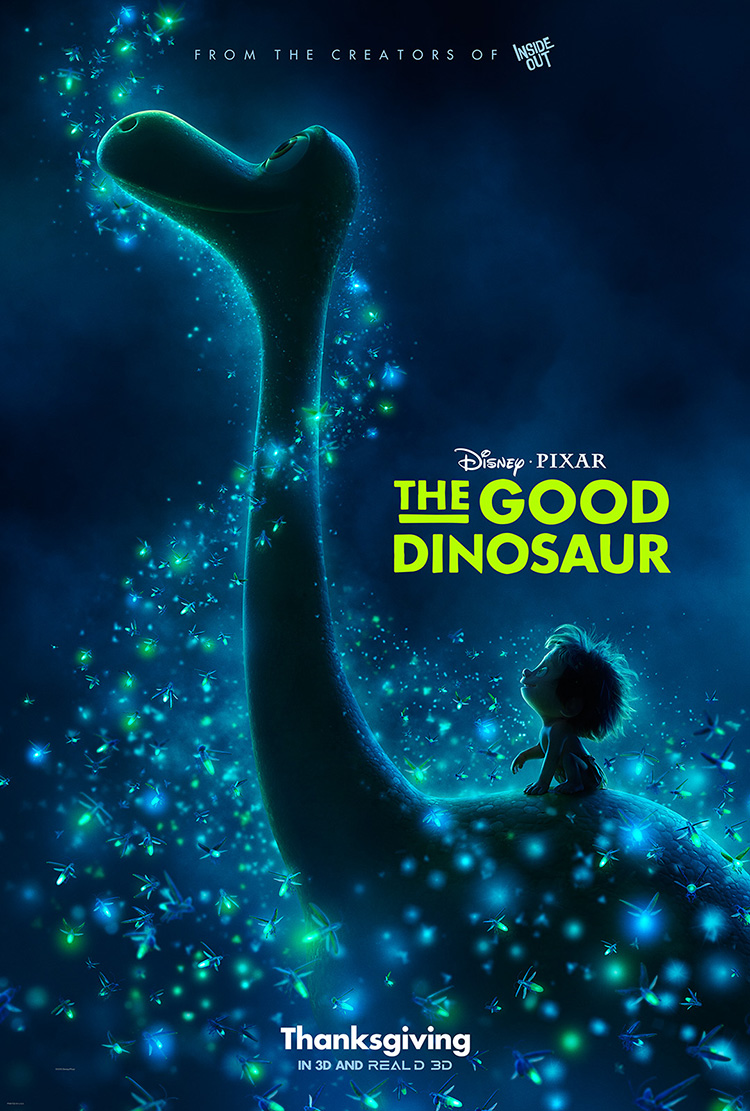