Filmmaker and photographer Matthew Givot and his team captured thousands of images of the space shuttle Endeavour weaving its way through Los Angeles to reach its final home at the California Science Center. The result of their efforts is this fantastic time-lapse film titled Mission 26 The Big Endeavour. The Los Angeles Times also created a time-lapse of the shuttle’s “Mission 26” moving through the streets of Los Angeles (link).

The endeavor started on Thursday night and went on until Sunday night, with very little sleep to no sleep. The only thing that kept us going was pure love of the art and adrenaline. One thing that stood out the most for me, while I was shooting, was the people of Los Angeles. It was so powerful to see the excitement on peoples faces and the pride of their home town. No matter how many times I would see the Shuttle it would never get old.

This has been an amazing experience that I will never forget. My hope is that this film will show you the amount of dedicated people and teamwork that it took to get the Endeavour to its new home. Enjoy.

Here’s a map of the shuttle’s route:

View Mission 26: The Big Endeavour in a larger map 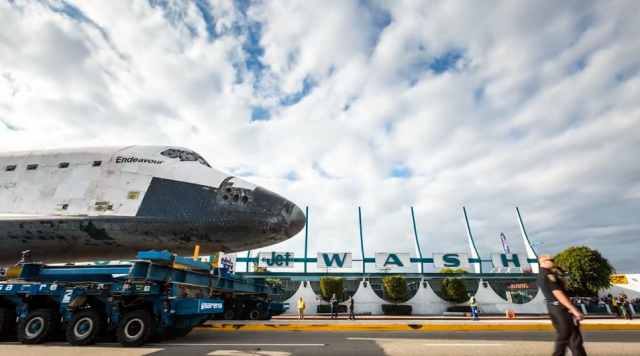 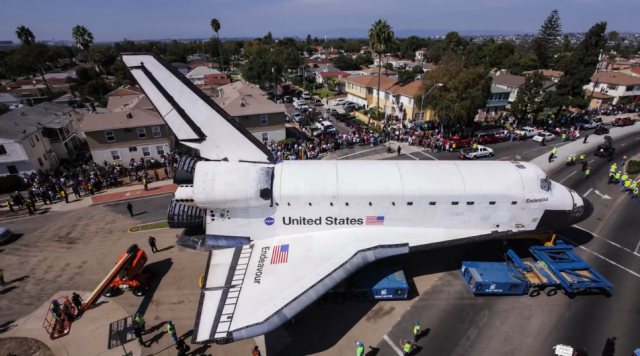