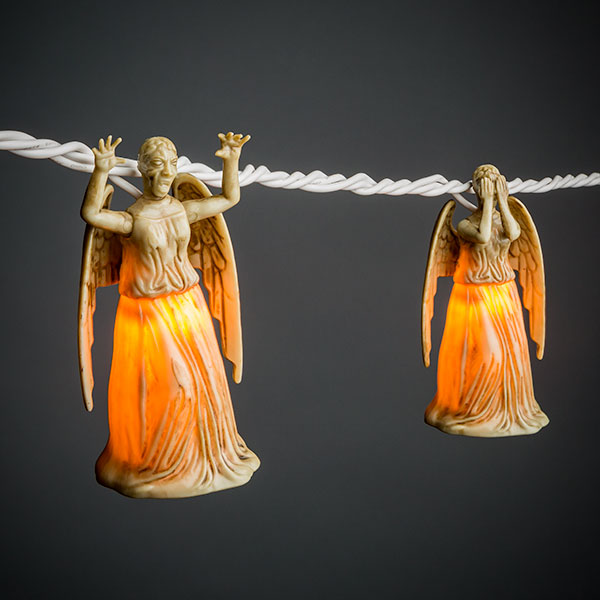 Think Geek has created a clever set of Doctor Who themed Weeping Angel string lights that humorously blink repeatedly at one another.

Ten angels. Does a set of ten angels count as a swarm? Er… it looks like the collective noun for angels is “chorus” or “choir.” *twitches* That’s a song you never want to hear. This set of Doctor Who Weeping Angel String Lights contains 10 angels: 5 with their faces covered and 5 attacking. But wait. There’s more! Or there can be. Multiple strings can be plugged into each other, so you can basically have as many Weeping Angels in one place as you’d like. Honestly, one is too many for us. And yes, like we said above, the you can set the lights themselves to blink. We’re not entirely sure what that means in terms of quantum locking, but with Weeping Angels it’s pretty safe to assume it probably isn’t good. 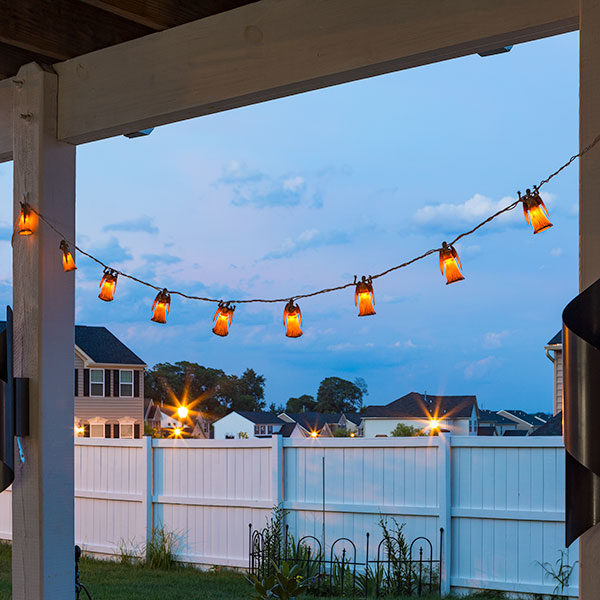