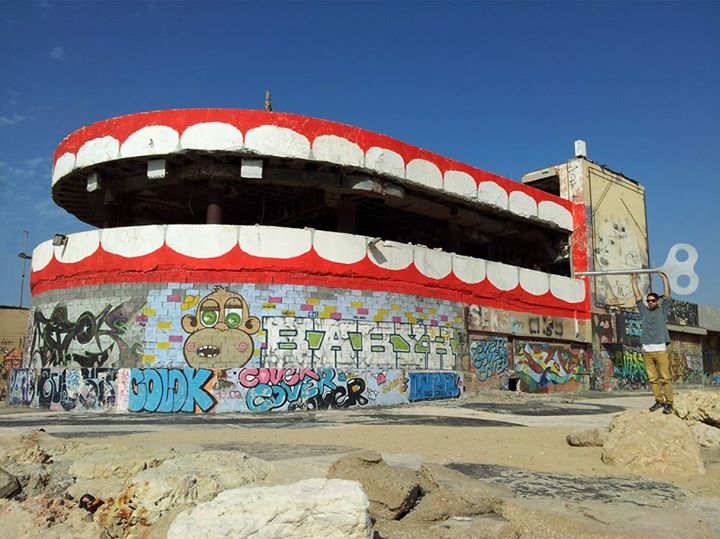 Street artist Dede painted the Dolphinarium discotheque in Tel Aviv, using the building’s rounded shape to create a giant (non-functional) set of wind-up teeth, complete with a giant key. The Dolphinarium, now abandoned, was the site of a suicide bombing on June 1, 2001 that killed 21 people and injured 120 others.

Without any doubt the biggest art challenge I have ever had. This piece was hard to achieve.
Stormy nights, high rollers from the ground, the all deal. But it had to be done, I had this vision for almost a year now.

This landmark is found in the middle of continuing ownership arguments, another real estate bite in Tel-Aviv’s view. 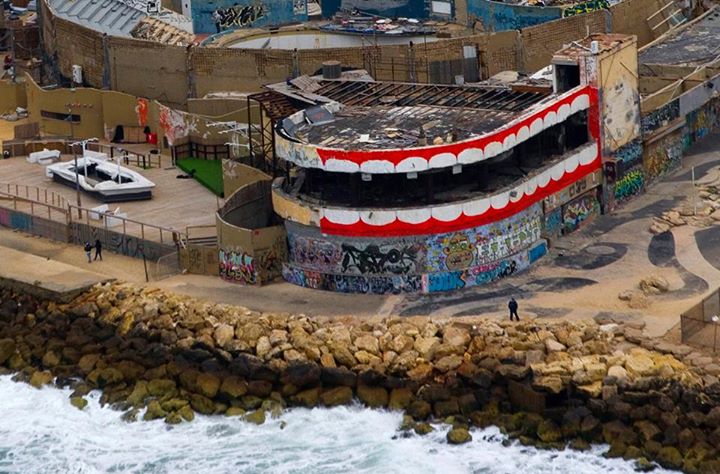