The vHive drone software company and ForReal Team joined forces at the 2016 Geekcon event in Israel to create SpacedOut, an awesome real life game of Space Invaders that was put together using drones, a motorized seat, and a giant laser.

SpacedOut is a real life remake of the old classic Space Invaders arcade game. Using Drones equipped with light sensors and LED strips we animated the space drones and arranged them in a game formation using a specially developed autonomous flight software. On the ground the player sits on the laser gunner station which moves across rails and shoots laser beams. 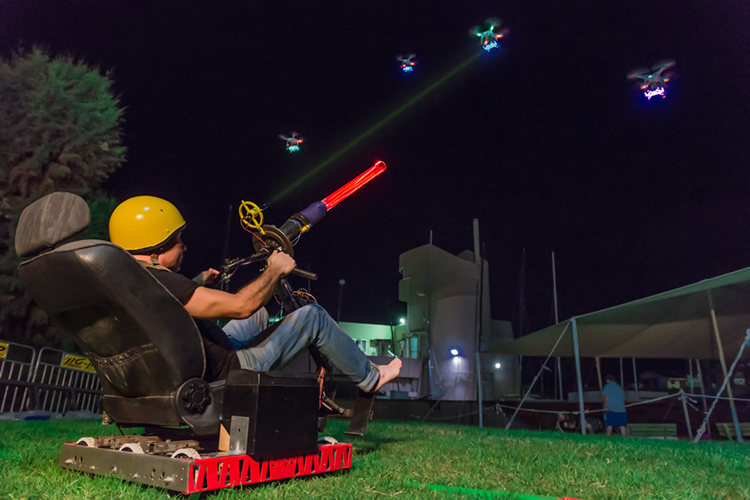