“The Loyal Royals” is a short video in which Vanity Fair offers a quick history of how Welsh Corgis came to be the favored breed of Queen Elizabeth II with a simple reenactment of the Queen interacting with her beloved dogs.

In living memory, no world leader has been as widely identified with a particular animal as Elizabeth II with her corgis. Symbols of friendliness, they are shrewdly deployed for publicity purposes, lending warmth to her public image. …The corgis are more than symbols, though. In a life ruled by protocol, they provide an easy way for the Queen to break the ice with strangers. In what can be an isolating position, she gets from them unlimited amounts of love and physical affection, uncompromised by the knowledge that she is the monarch. Whenever possible, the Queen feeds the corgis herself and leads them on daily walks, which also serve as a kind of therapy. Her husband, Prince Philip, the Duke of Edinburgh, has referred to this form of therapy as his wife’s “dog mechanism.” 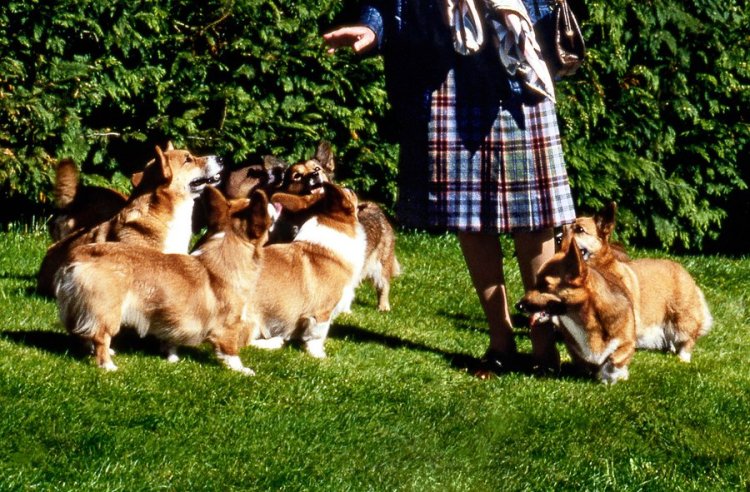