From the Salon of Beauty exhibition page at Rice Gallery:

Serrano saw the title, Salon of Beauty, hand-painted on the side of a small beauty salon. She was struck by the phrase’s slightly awkward, yet poetic quality. Later she realized it was a literal translation of the Spanish phrase, Salón De Belleza, which normally would be translated into English as “Beauty Salon.” The circumstances of how she found the phrase and the word “beauty” resonated perfectly for Serrano in her hope to point out what she calls “untraditional beauty.”

Far from a reproduction of a Los Angeles block, Salon of Beauty is Serrano’s imaginary version of a neighborhood where the smallest details have been plucked away from the maelstrom of the city and playfully mixed together. As she explains, “I wanted to pull out everything that I liked in the city and then condense it.” 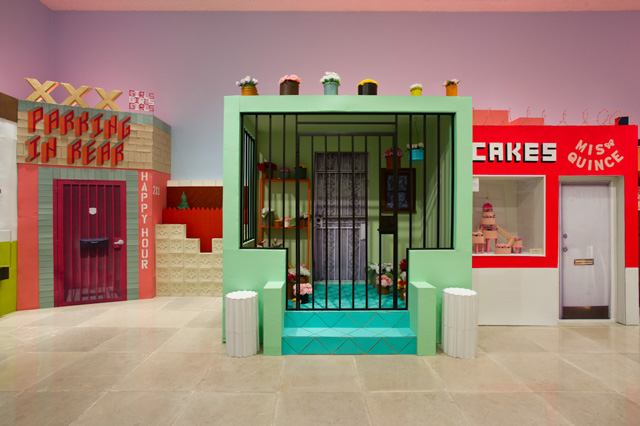 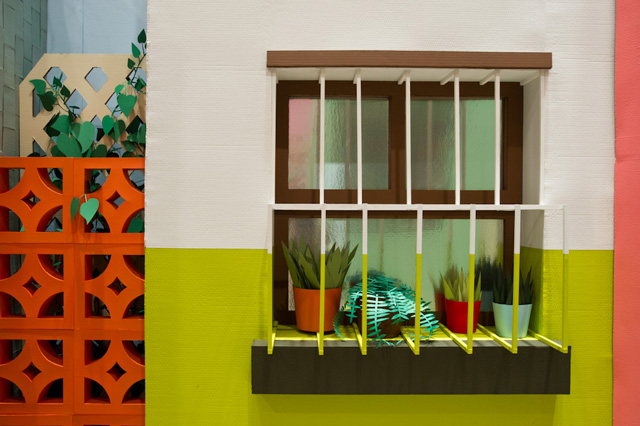 via Los Angeles, I’m Yours, Fast Company‘s Co.Design, and Neatorama