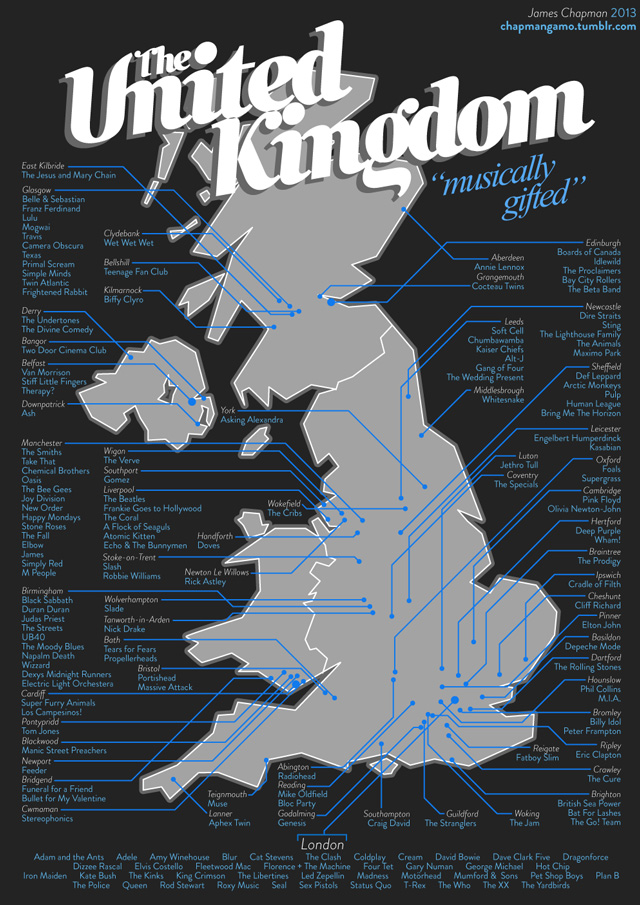 Graphic artist and physicist James Chapman first designed a detailed poster titled “AMERICA:the home of television” which mapped television show locations in the United States. Now he’s created “The United Kingdom: musically gifted,” a poster that maps where bands formed and solo artists grew up in England, Wales, Scotland and Northern Ireland. Both posters are available to purchase at his Etsy shop.

The UK has given the world a lot of wonderful music like David Bowie, The Cure, Black Sabbath and many others.