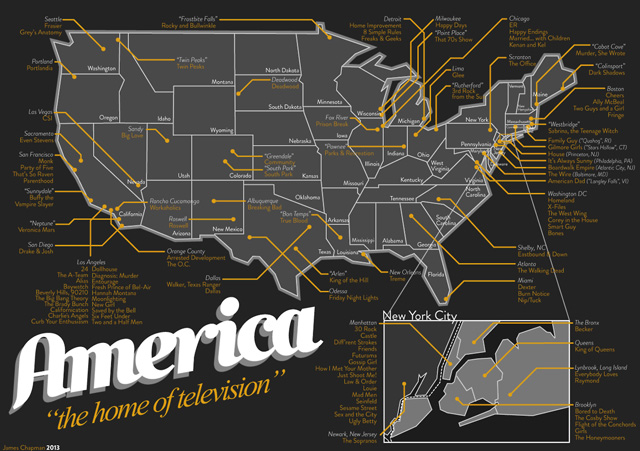 Graphic artist and physicist James Chapman has designed a detailed poster titled “AMERICA:the home of television” which is a map of television show locations in the United States. It’s available to purchase at his Etsy shop.

Have you ever wondered how far it is from Breaking Bad to Arrested Development? Or which coast has more crime drama? Or how many shows are set in Wyoming? (Spoiler alert, it’s none) Well, wonder no more.

Oh, yeah. Fictional towns (like “Quahog” from Family Guy) are included as well as real ones (Atlanta from the Walking Dead)

It looks great, you’ll impress your friends AAAAAND you might just learn something new about a show you like.