Michigan State University computer science graduate Randal S. Olson used his Where’s Waldo algorithm to create the optimal map of a road trip across the United States that hits landmarks in all 48 contiguous states, plus a stop in Washington DC, and a bonus stop in California to bring it to an even 50.

If you’ve ever used Google Maps to get the directions between two addresses, that’s basically what we had to do here. Except this time, we needed to look up 2,500 directions to get the “true” distance between all 50 landmarks–a monumental task if we had to do it by hand.

For good measure, Olson also put together a road trip map that hits 47 popular cities across the country. 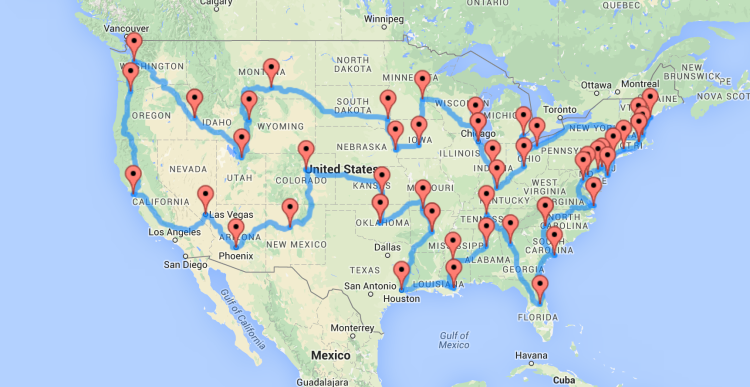