Disney Pixar has released a preview of The Blue Umbrella, their upcoming six-minute animated short directed by Saschka Unseld. It will feature a musical score by composer Jon Brion and the voice of singer Sarah Jaffe. The Blue Umbrella is set to play in front of Disney Pixar’s upcoming animated film Monsters University, which will be released in theaters on Friday, June 21, 2013. Here is an official synopsis from The Pixar Times:

It is just another evening commute until the rain starts to fall, and the city comes alive to the sound of dripping rain pipes, whistling awnings and gurgling gutters. And in the midst, two umbrellas—one blue, one not—fall eternally in love. 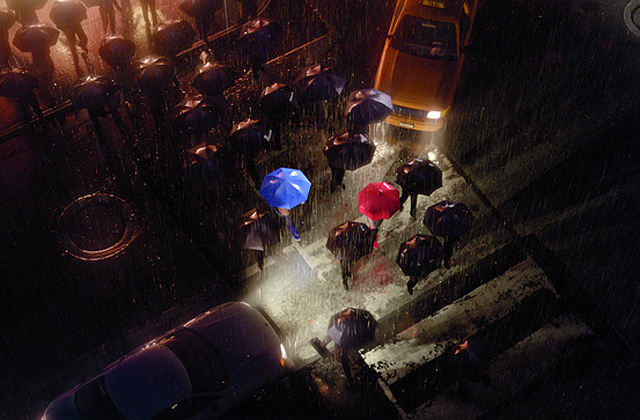