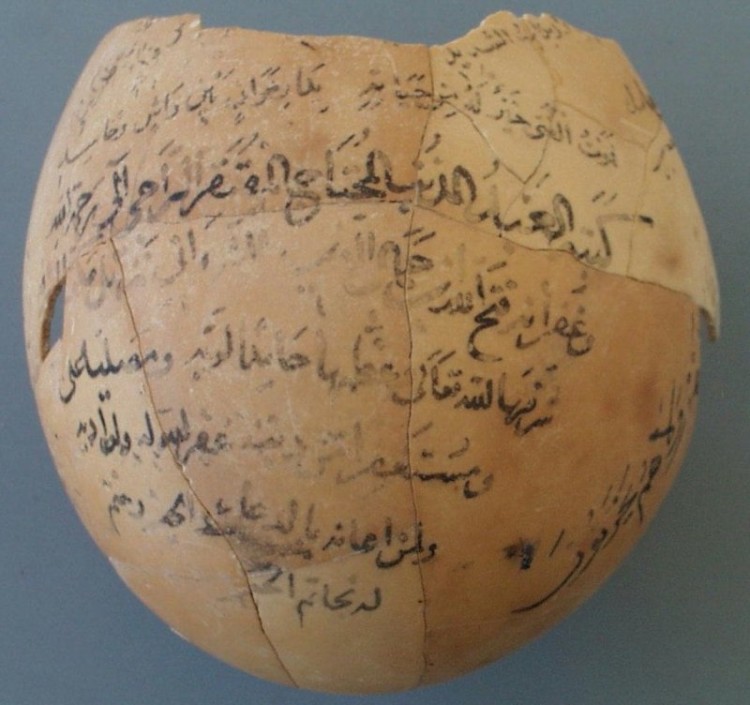 photo via University of Leeds

A fascinating ostrich egg shell was covered in a eulogy written in Arabic script about 500 years ago. It was found in over 100 pieces among the remains of a mausoleum in Quseir, Egypt on the coast of the Red Sea. Researchers worked through the painstaking process of putting the pieces back together and filling in the gaps to conclude that the inscription is indeed a eulogy.

The text appears to be for the funeral of a young man and consists of quotations from the Koran and poetic verses, saying that death will be better than life. The ostrich egg would have been a durable material to write on, and we think they were placed on poles in a mausoleum.

Ostrich egg shells are incredibly strong; they have to be taking into consideration the weight of adult ostriches that sit on the eggs. Thus ostrich egg shells were used for things like cups, containers for perfume, decorations, and as a medium for writing. Erik Kwakkel, the historian behind medievalbooks, points out that ostrich eggs were even used as a globe, citing a beautiful engraved globe made about 510 years ago. 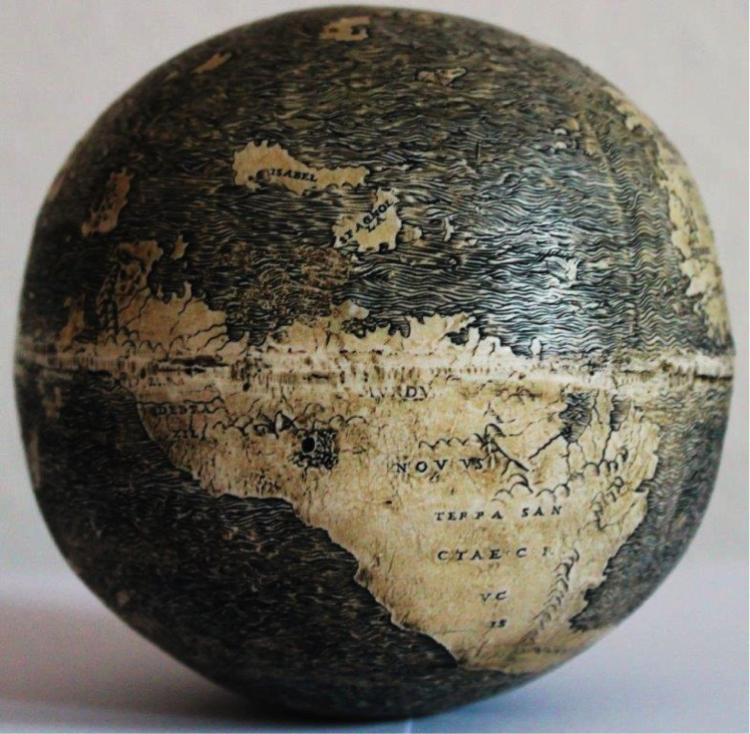