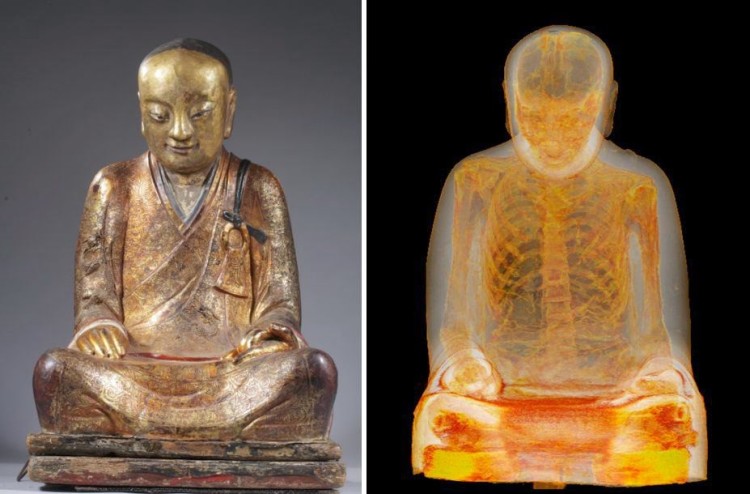 A statue of a seated, meditating Buddha that houses the mummy of Chinese Buddhist Master Liuquan–who died around the year 1100 A.D.–was on display as an artifact in the Mummies exhibit at Drents Museum in the Netherlands last year. While the statue was in the Netherlands, a group consisting of an art historian, a radiologist, a doctor, and hospital employees at Meander Medical Center all volunteered to work together to investigate the mummy via an endoscope and a CT scan.

What they found was a surprise. While the mummy was long known to have been inside the statue, it was believed that Master Liuquan had become mummified through the process of self-mummification, but the mummy was missing organs, with scraps of ancient Chinese character-laden paper in their place. The History Blog has a fascinating explanation of the self-mummification process, which obviously does not involve someone removing their own organs.

For the first 1,000 days they ate only nuts and seeds gleaned from the area around the temple. The next 1,000 days the diet was whittled down to small portions of pine bark and roots until the end of the period when they began to drink a tea made from the sap of urushi tree. This sap is what lacquer is made of; it is toxic to humans. The tea induced the release of fluids and made the body unappetizing to insects and microorganisms that would otherwise be inclined feast on the corpse.

With no body fat or fluids left and poison in his tissues, the monk would then be walled alive in a room that gave him just enough space to sit lotus style. A tube let air into the tight space and the monk would ring a bell to let people know he was still alive. When the bell stopped ringing, the tube was removed and the space sealed for another three years. When the 1,000 days were up, the tomb would be opened to see if the body was in fact mummified. If it wasn’t, and most of them weren’t, it was buried with due respect for the unbelievable toughness and devotion of the priest who made the attempt. If it was, the deceased would no longer be considered dead but in a state of eternal meditation, removed from the cycle of Samsara. He was elevated to the rank of Buddha, his mummy dressed and decorated and placed on an altar.

The discovery of the missing organs and bits of paper bring into question how Master Liuquan died and how he was mummified in that position after death. Results of the investigation, including results of a DNA test being conducted on bone material, will be published at an undefined future date. The statue is currently available for viewing at the Hungarian Natural History Museum‘s MummyWorld exhibition through May 17, 2015. 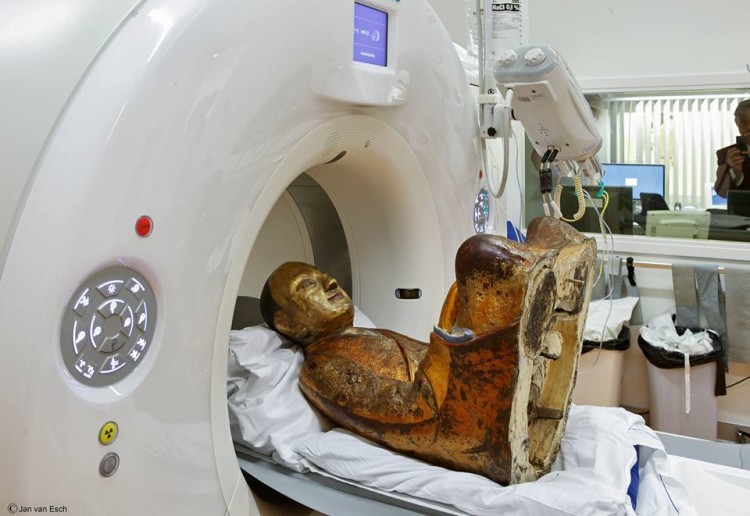 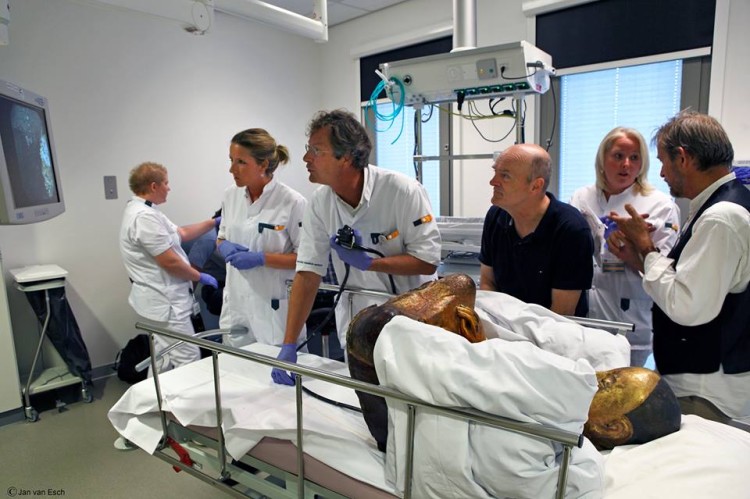