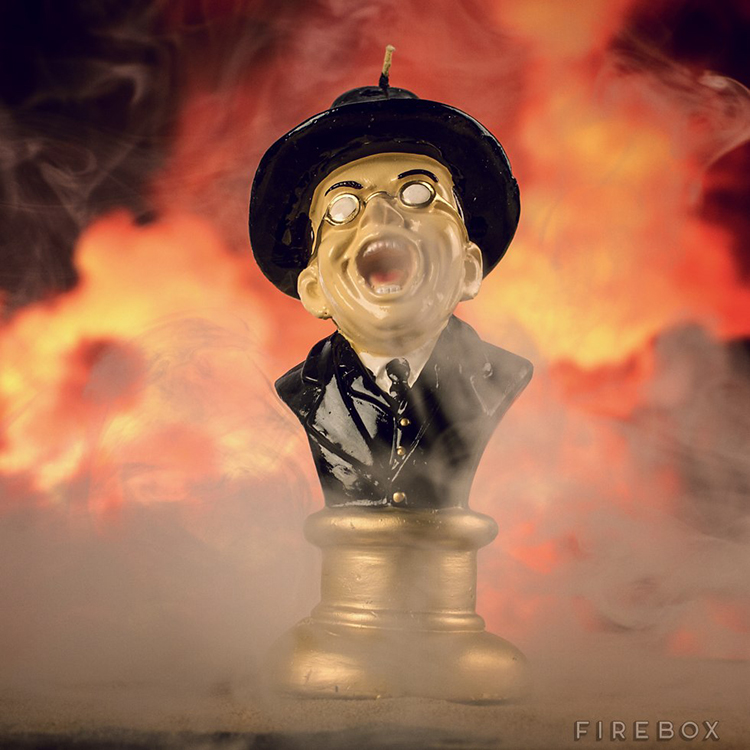 Firebox has released a fantastic candle based on Gestapo agent Arnold Ernst Toht‘s gory face-melting scene from the classic 1981 adventure film Indiana Jones and the Raiders of the Lost Ark. It is available to purchase online.

No, we’re talking about when ruthless Gestapo agent Toht gets his gory comeuppance at the end of the film – you know, when his eyes roll back like a couple of boiled eggs and he lets out a blood-curdling scream as his entire face dribbles off his skull. That bit. Just awesome. He did Nazi that coming.

Whether it left you with nightmares for weeks or just had you repeatedly hitting the re-wind button, celebrate one of the greatest deaths in all of cinema history with the Melting Toht Candle. Thankfully this detailed replica won’t melt quite as fast so you can really savour the moment.

The original face-melting scene from Raiders of the Lost Ark for the sake of comparison: 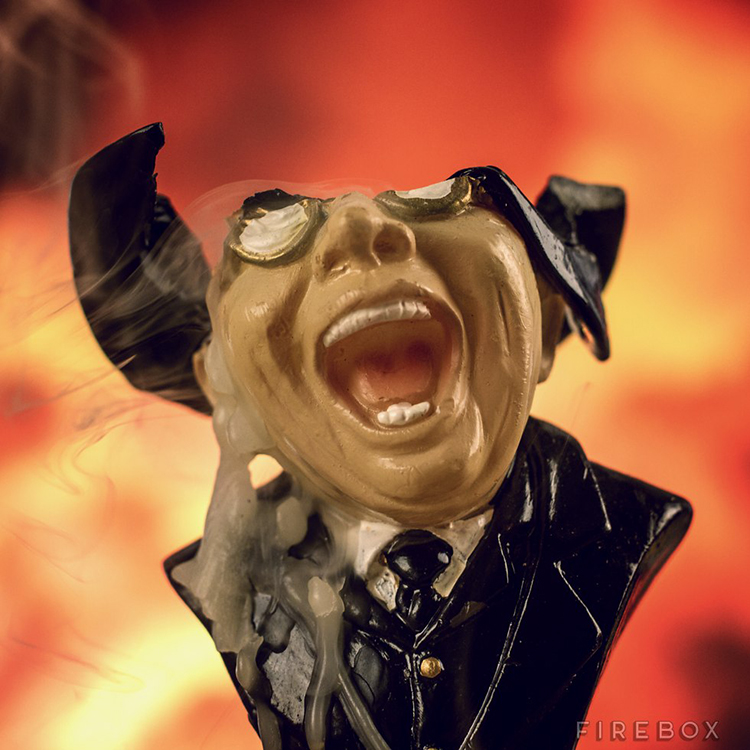