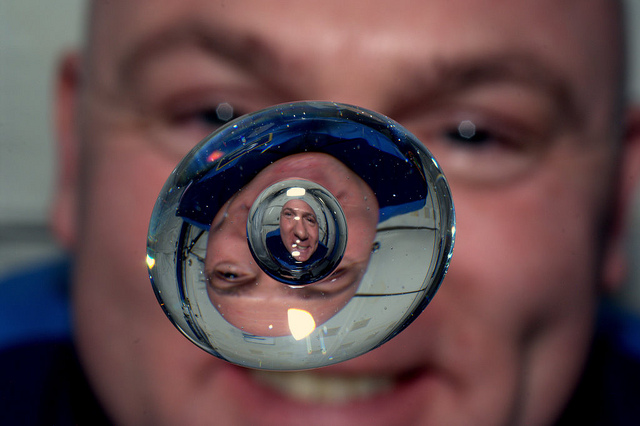 Dutch European Space Agency astronaut André Kuipers had a bit of fun with an air bubble inside a drop of water during his recent stay aboard the International Space Station. Kuipers was aboard the ISS for expeditions 30 and 31, December 2011 to July 2012.