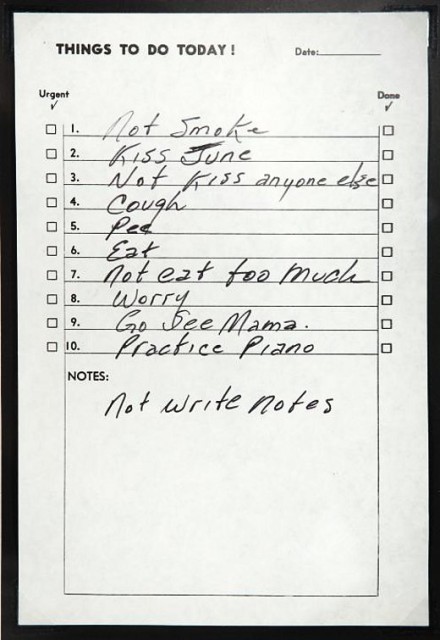 Back in 2011 we wrote about Lists of Note, a blog of fascinating lists written by notable and unknown people throughout history. The blog’s editor, Shaun Usher (also editor of Letters of Note), is now compiling 125 notable lists into a Lists of Note book. He’s raising funds for the project on Unbound and plans to release the book in time for Christmas. The book will be designed by Here Design. Last year we posted about the Letters of Note book, which releases in May 2014.

There will be to-do lists of the good, the bad and the ugly; centuries-old shopping lists penned by history’s greatest minds; lists of rules and advice for all manner of situations; lists of predictions, some accurate, others not so; an eye-opening list of slaves; charming lists of New Year’s resolutions; unique dictionaries; lists of murder suspects, and much, much more. It will be a list-based feast and I cannot wait to see it made.

photo via Lists of Note